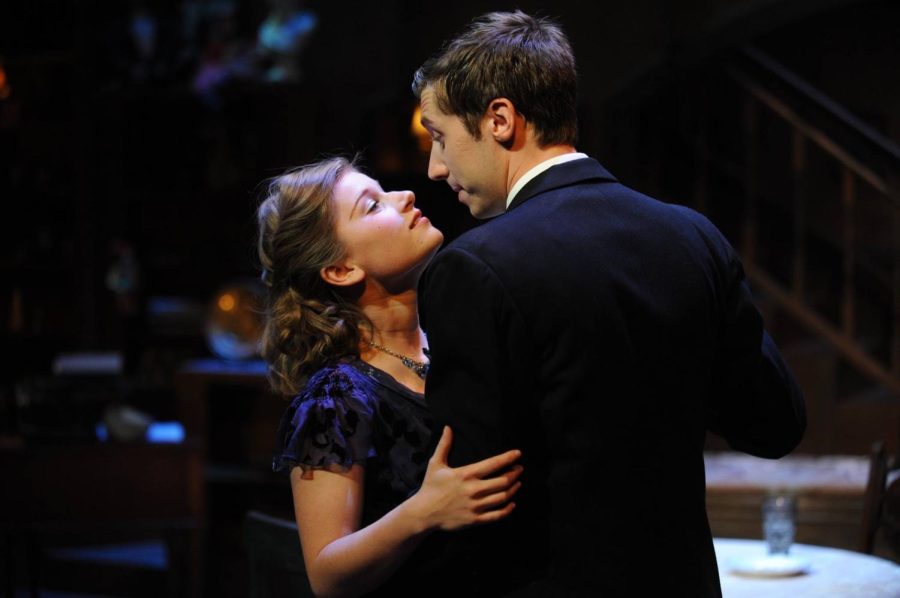 Scott Miesse dances with Maddie Drees in the 2014 Kent State production of "You Can't Take It With You."

Students often dream of what their future careers and ideal destinations will look like once they graduate. For theater majors and performers, that destination is New York City.

As both musical theater and dance majors alike set their eyes on living in the Big Apple for most of their college careers, they all know there is no guarantee an automatic show or gig will appear as soon as they get to New York. It could even take years for many, but that doesn’t stop the dreamers from reaching their goals as they set out to achieve them.

“It’s been a hard experience,” said Scott Miesse, a musical theater graduate. “You have to keep your focus, even if you’re currently not doing what you want to do.”

Miesse graduated in 2015 and moved to New York only two weeks after graduation. Since then, he toured across the nation for a children’s show called “Food Play” and has spent the last two years writing and producing an original play titled, “Abnormal.” When he’s not performing or working on his next project, Miesse serves as a waiter like many other aspiring actors and singers in New York.

Also waitressing while going on auditions is his roommate and 2016 graduate Abbey Kane, who works at Ellen’s Stardust Diner as a part of the singing waitstaff.

“You have to actively want to be here and go out to look for jobs,” Kane said. “It’s expensive, and there will be a lot of no’s, but that doesn’t mean a career in entertainment is not attainable.”

Chyenne Tatum is an arts and entertainment reporter. Contact her at [email protected]