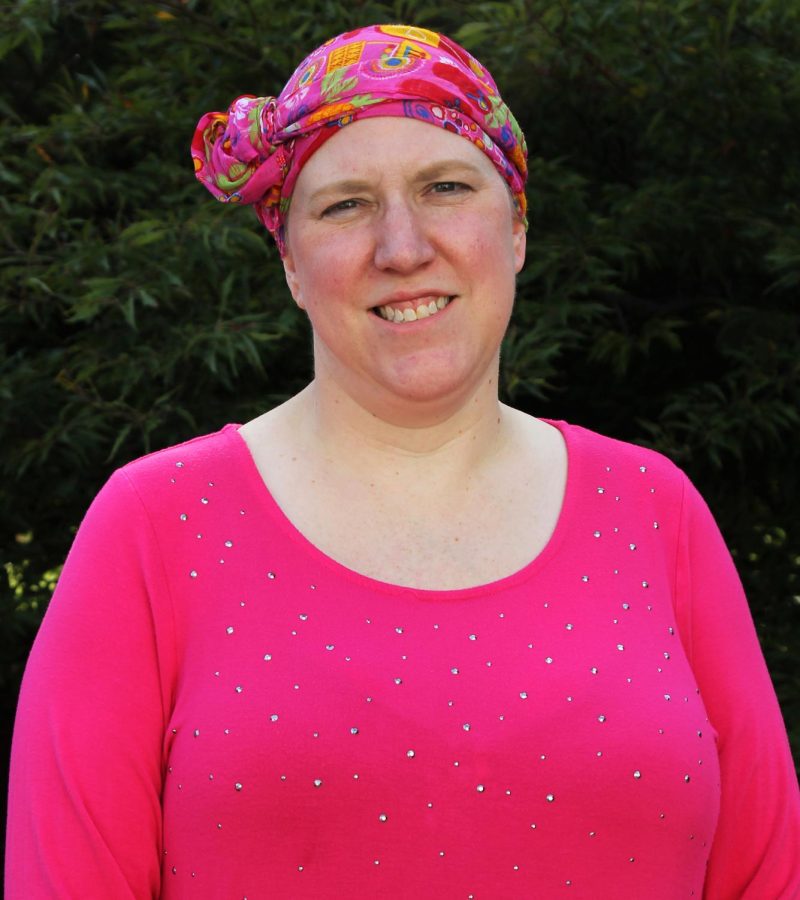 Jennifer O'Connell, the director of Sexual and Relationship Violence Support Services at Kent State, poses for a portrait outside the Williamson House Tuesday, Oct. 10, 2017.

Jennifer O’Connell is in a new chapter of her life, but she wasn’t expecting it to involve breast cancer.

The director of Sexual and Relationship Violence Support Services has been receiving treatment since she was diagnosed in January. She is 42.

“If I hadn’t gone to the doctor when I had, it could’ve continued to grow,” O’Connell said.

Problems began earlier this year when O’Connell had just given birth and was having difficulties with breastfeeding. She said she assumed the worst when she finally decided to talk to her doctor.

“I have a couple of different people in my family who have breast cancer,” O’Connell said. “Since none of them are my mother or my sister, it didn’t rise with my OB-GYN doctors.”

She was diagnosed with Stage 1A ductal carcinoma in situ, a non-invasive cancer in which abnormal cells are found in the lining of the breast milk duct, as defined by the National Breast Cancer Foundation, Inc. In O’Connell’s case, seven millimeters were invasive.

O’Connell removed her entire left breast through a mastectomy in March. She chose not to do a bilateral mastectomy, the surgical removal of both breasts, and was able to do a reconstruction of the breast she lost. It was followed with 12 chemotherapy treatments over the summer.

The hardest part for O’Connell was watching her daughter experience the battle alongside her, she said.

“She got sick of me saying, ‘Honey, I just don’t feel good. Let me rest,” she said about her 10-year-old daughter. “She broke down and said to me, ‘What did you do to cause this? Did you do something wrong?’”

According to breastcancer.org, in the U.S., about one in eight women will develop breast cancer during the course of their lifetime. A woman’s chances of developing breast cancer nearly doubles if a first-degree relative is diagnosed.

O’Connell said early detection may have saved her life, even though she wasn’t educated about it when she was younger.

“Nobody was really telling me, ‘You should probably get a baseline mammogram at an earlier age because both my grandmother and my aunt had breast cancer in their 40s,’” she said.

Despite difficult treatment, O’Connell’s work ethic has continued to impress her peers. She fulfills two roles at Kent State as both the director and a worker for SRVSS.

In her role, she provides oversight of Kent State’s prevention and awareness initiative regarding sexual violence.

Sven Rundman, the project coordinator of SRVSS and co-worker of O’Connell, said she is a wonder woman.

“She’s a rock star,” Rundman said. “Sometimes I don’t know how she does what she does.”

O’Connell said she continues her battle with the disease with the support of her partner, two daughters and her son. She currently has infusions performed once every three weeks, and she will need to continue this treatment for one full year. She is currently in remission.

Emily McMahan is a student life reporter. Contact her at [email protected]