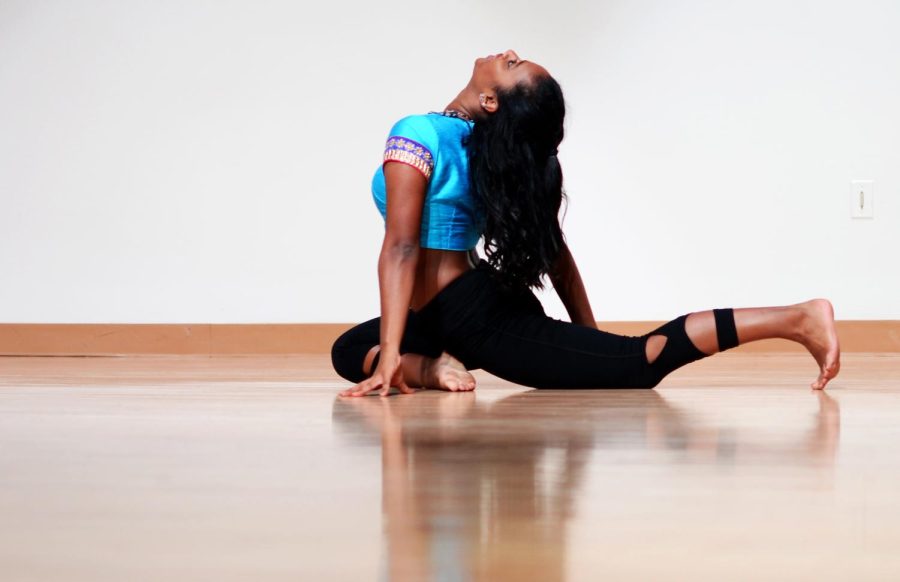 Hosted by the Barefeet Dance Tribe, a traditional and modern African dance group, the event had a turnout of more than 100 people for the performances.

Rumbidzai Mupinga, a Kent State alumna, founded the Barefeet Dance Tribe and was one of the hosts for the event.

“I feel like it’s a very huge accomplishment to see different people from all parts of the world basically come together and celebrate,” Mupinga said.

Within the Barefeet Dance Tribe group are students of different nationalities, ethnicities and races.

“This is the most diverse our group has been,” Mupinga said.

The theme for this year’s Oya Shake Sumthin’ was “All Around the World,” and this was the first time other dance organizations could dance to their own cultural-themed music at the event.

Previously, the group held competitions where all organizations had to dance to African-themed music, but then it changed, said Tiana Turner, a senior hospitality management major and president of the Barefeet Dance Tribe.

“We stopped doing the competition side and started inviting more people to have a better showcase, because there’s not many dance showcases on Kent’s campus,” Turner said.

The genres varied and included anything from K-pop, Bollywood fusion, hip-hop and Afrobeats.

Turner expressed her interest in learning from the different groups after seeing their rehearsals.

“I’m a person who likes difficult things, and their dances look difficult, so I want to try it,” Turner said.

The Barefeet Dance Tribe has been on campus since 2009. It began outside of the community where Mupinga’s overall goal was to reach elementary, middle school and high school students and teach them African dances. Soon after, it eventually spread to Kent State’s campus.

Bright Owusu, a hospitality and tourism management graduate student from Ghana, joined the Barefeet Dance Tribe this semester, and stood on stage as one of the five men in the group.

For Owusu, he said becoming part of the group was special not only because of the dance and music, but also the relationships he built.

“That’s what I share with everyone else,” Owusu said. “It’s like having fun and at the same time speaking to your soul individually.”