SkyHack brings students together to solve real world issues for $10,000 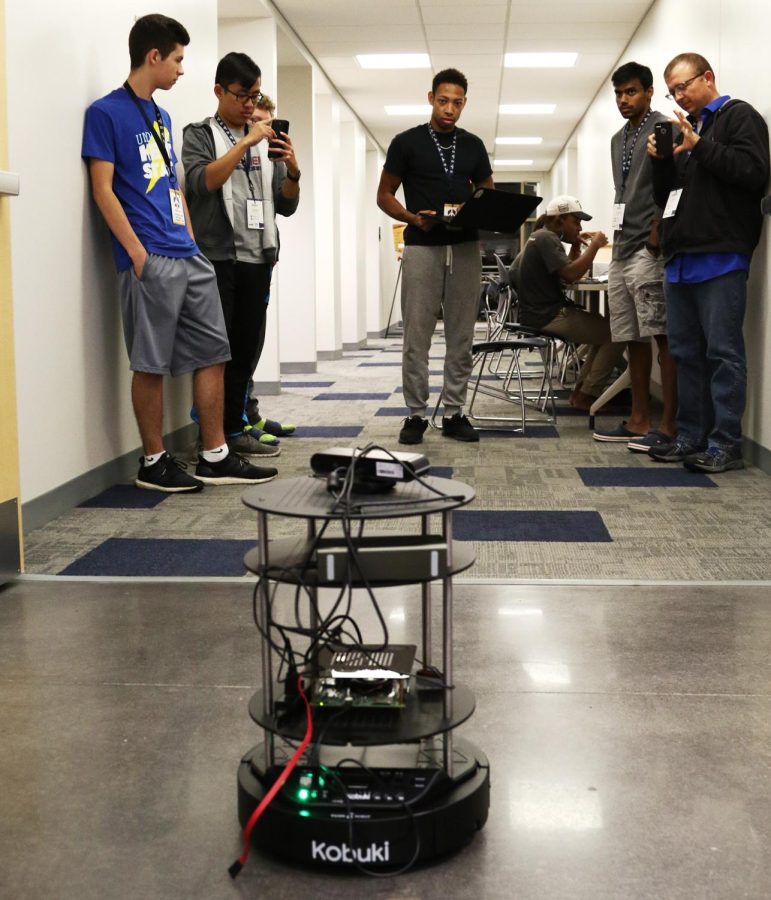 Students from across the country competed in the College of Aeronautics and Engineering’s SkyHack hackathon this Homecoming weekend for an opportunity to win $10,000.

The hackathon pinned teams of students against one another as they tried to solve one of five real world problems called “streams” faced by the aeronautics and aviation industry: Improve air travelers experience, use sky or spaced-based platforms to help in disaster-area relief, improve airport perimeter security, fix the pilot shortage or create an aerospace innovation.

After 36 hours of problem solving, a team of five students from the University of Akron won the SkyHack with their idea called Disaster Link.

“(Students) work in teams and they’ll spend 36 hours coming up with a solution and post it on the website,” Ruller said. “We’ll have judges walk through and take a look at everything and there will be a $1,000 winner for each challenge and then an overall winner of $10,000.”

Zach Mikrut, the program manager at LaunchNET, one of the event’s partners, said that more than 120 students across four states participated in the hackathon.

“This weekend went awesome,” Mikrut said before the hackathon came to a close. “We have just about thirty projects that are being presented during the expo.”

Mikrut said SkyHack was a great way for other universities to see what the aeronautics school looks like at Kent State.

“Looking at Kent, where we have the College of Aeronautics and Engineering, this was a great event to highlight the resources and what the program has to offer,” Mikrut said.

The hackathon started Friday with an opening ceremony and teams started hacking at 9 p.m. Teams hacked nonstop until Sunday at 9 a.m.

Teams presented their projects to judges on the second floor of the Aeronautics and Technology Building. An award ceremony was held in the KIVA after judges made their decision.

Members of the winning project Disaster Link found inspiration from the disaster relief challenge stream. In an area impacted by a natural disaster, Disaster Link utilized drones to restore means of communication.

“I definitely didn’t expect to win coming in,” said Jon Tucker, a senior mechanical engineering major at Akron. “I knew we had something good, but everyone else here is very talented and smart, too.”

Members also liked the way everything came together.

“How the project came together really made the lack of sleep totally worth it,” said Kyle Vasulka, a junior electrical engineering major at Akron.

With the $10,000, the team hopes to further the development of their idea, said Ian Glen, a junior mechanical engineering major at Akron.

“We have most of the hardware designed to actually drop the device from a drone,” Glen said. “Can we actually take these devices, mount it to a drone and then be able to successfully drop it to a specified location? It’s something we want to eventually test out.”

Besides serving as an opportunity for students to compete to solve real world issues, SkyHack helped celebrate the 50-year anniversaries of Kent State’s flight program and the Burton D. Morgan Foundation, the hackathon’s sponsor.

Nick Gates is the technology and sports reporter. Contact him at [email protected]