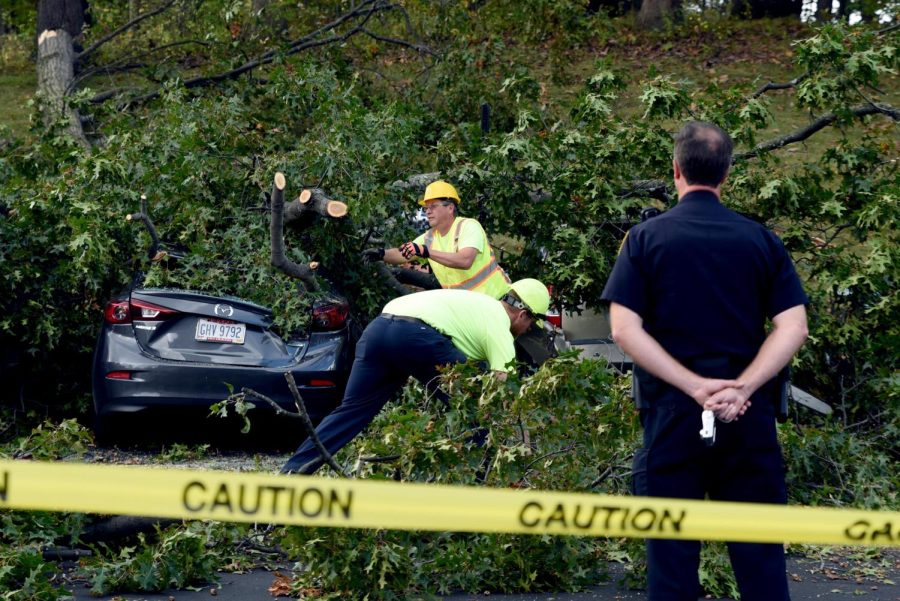 A Kent State student was hospitalized and three vehicles were damaged after a tree fell into the Korb Hall parking lot Friday Oct. 13, 2017.

Soon after, clean up crews arrived on scene and began cutting up and removing the tree.

“You don’t expect to see a tree on your car,” said Breonna Spears, a freshman criminology and justice studies major, who heard the crash from her room in Korb Hall.

Though the vehicle she rode in suffered a broken windshield and other aesthetic damage, the vehicle was able to be driven away from the incident soon after debris was cleared.

Due to extensive damage, one vehicle was rendered undriveable and towed away.

“I thought ‘oh this will not be good,’” said Mimi Caron, a freshman psychology major. “I walked out there and saw worse cars and realized mine was not as bad.”

Currently, there are no updates available on the status of the injured student. Details on why the tree fell are also unavailable, but an action report will be released by Kent State University Police Saturday morning.

Carter Adams is a photographer. Contact him at [email protected]