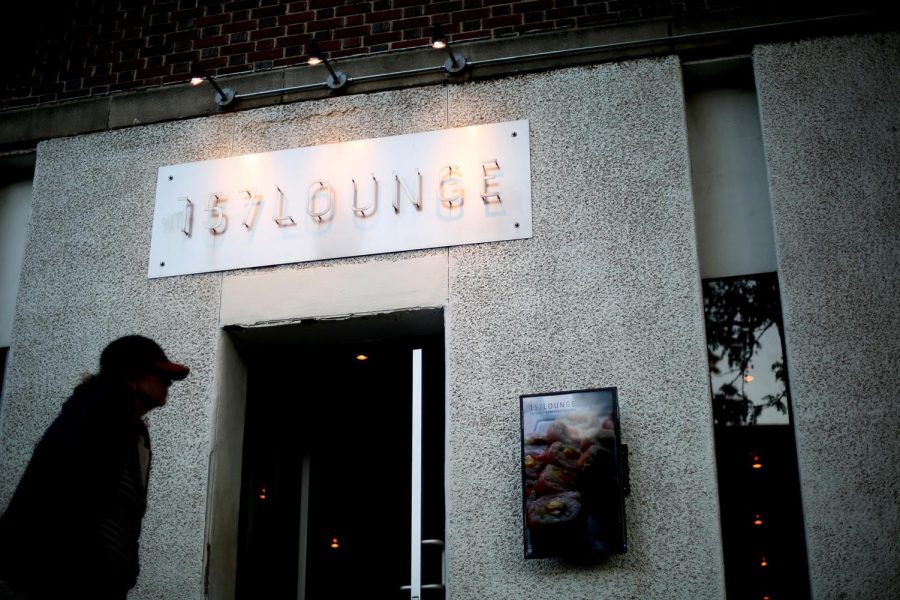 A downtown Kent bar co-owner is seeking a restraining order against a Kent State alumna who he said defamed him online.

Matthew Guska, one of the co-owners of 157 Lounge on S. Water Street, filed a complaint Sept. 12 in the Portage County Court of Common Pleas against former employee Sarah Andrews. Guska said in court documents that statements Andrews made about him were not true and damaged his personal reputation and business.

Guska requested a temporary restraining order against Andrews, who, according to the court filing, published a status on her Facebook page Sept. 2 that included “false statements that were about him, which included allegations of sexual abusive behavior, sexual assault, rape, assault, racial discrimination, and racial and religious profiling.” The complaint states Andrews also posted “false statements” to other online outlets, including a website called The Dirty.

Guska’s complaint also states Andrews’ posts caused him emotional distress. He also said he fired Andrews for stealing on the job during her time of employment.

In a point-by-point counterclaim filed Oct. 13, Andrews answers the allegations in Guska’s complaint and said she never “embezzled, misappropriated or stole any money or inventory from the business.” She also said he accused her of stealing with “the intention of damaging her reputation and employment prospects.”

On Sept. 5, the Cuyahoga County Court of Common Pleas issued a civil protection order (CPO) to Andrews against Guska. In her request for the CPO, she wrote:

“My former boss took a photo of my face to a shooting range and him and another man (unknown) shot at my face and took a video with slander comments and stated, ‘This time, it’s personal.’ He has been violent with me and my boyfriend in the past and am very scared for my safety because he is a heavy drinker and becomes mean and unpredictable.”

As part of the request for the CPO, Andrews included a bullet-riddled photograph of her face. In her response to the complaint, she said Guska “posted this video himself and then bragged about it.”

Andrews said in her Oct. 5 response to Guska’s complaint he sought the restraining order after she obtained the protective order.

“Mr. Guska’s complaint and motion for injunctive relief filed in the case a week later were not filed for a legitimate purpose,” the document states. “They were filed as an act of retaliation and they were filed to further harass Ms. Andrews.”

“This is the precise type of conduct by Mr. Guska that prompted Ms. Andrews to write about him on her Facebook account in the first place,” he said in the court document. “By posting the article on Facebook, Ms. Andrews was attempting to bring attention to a pattern of abusive and threatening behavior towards young students on a college campus.”

According to the documents, Guska said Andrews was hired in January 2013 and was fired roughly three months later. He also said in his complaint the two have not communicated since then. Andrews rejected these statements in her counterclaim.

Fusion magazine, Kent State’s LGBTQ student publication, and its editor, MJ Eckhouse, were originally included in Guska’s complaint after briefly publishing an account of Andrews’ posts about Guska on Fusion’s website, ohiofusion.com, in early September. Both were later dropped from the case.

If granted, the conditions of the restraining order would require Andrews to stop making and to take down any “defamatory” posts about Guska, including those she already made, and refrain from contacting him or visiting his bar.

The complaint states Guska is seeking a judgment “in excess of $25,000” for compulsory and punitive damages. In her counterclaim against Guska, Andrews said she “suffered emotional distress,” asking that the case be dismissed and she be granted compensation for damages.

“I can’t comment about anything, but it speaks for itself,” Guska said Tuesday.

Andrews said the court case gives her the opportunity to explain her side of the dispute.

“My story is 100 percent true and going to court and fighting for the truth sets an example for those who are afraid of speaking the truth because of the consequences,” she said.

A status hearing is scheduled Dec. 4 in the Portage County Court of Common Pleas.

Brandon Bounds is an enterprise reporter. Contact him at [email protected]