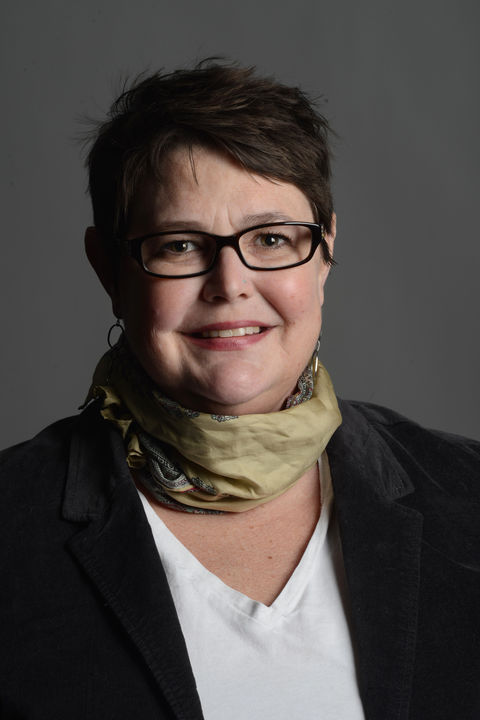 If you could choose your best death, what would it be? Would you want to be treated until the bitter end in attempts to save you, or to drift away naturally?

It may be a difficult question, but for Kim Garchar, an associate professor at Kent State, it’s a common one.

Garchar, who teaches ethics at both the main campus and the Stark campus, weighs in on these ethical questions on a regular basis at her position as a bioethicist for the ethics committee at Summa Akron City Hospital.

“So the very basic idea is this: If you have grandma, and she’s very ill, and let’s say she’s on a ventilator, and she’s dying,” Garchar said. “Which is the better way to die? To either have the ventilator shut off, or to stay on the ventilator as long as possible so that family can say goodbye to you?”

As part of the ethics committee, Garchar weighs in on difficult cases, like this example, when someone in the hospital community requests an ethics consultation, where the committee can offer suggestions as to the ethical solution the community member should take. The two most common types of questions are end of life and so-called “unbefriended patients”  —  those without someone to be their decision makers.

“I think for families, it’s absolutely the hardest decision they will make,” Garchar said. “It’s gut-wrenching for them. And you can see how religious belief is going to tie very closely to that. So different religious beliefs are going to answer that question differently, and sometimes within the same sort of denomination it will be answered differently.”

It’s a decision which begs a question that can seem almost unanswerable  — what is the best death?

Making decisions about the ethics of these cases is part of a process for which there is no one equation.

Some of the things Garchar weighs into her process include principles of bioethics, such as respect for autonomy, non maleficence (to do no harm), beneficence (to attempt to do good) and justice. She then learns as much as possible about the case — the facts, parties involved and values of those parties.

“Once you learn those things, you start working through dialogue, using the tools that you have to move towards an answer,” Garchar said. “And as I said, there’s no formula for that, but you can hopefully see that there is a sort of process for beginning the dialogue, and then we have multiple tools that we can use within the dialogue to work towards one answer.”

Teaching to employ these tools is something Garchar also stresses in her class.

“Ethics is still one of those things that you can’t escape no matter what you try,” said Colby Clark, a former Kent State graduate student and current adjunct professor of philosophy.

Clark was also a graduate assistant in Garchar’s bioethics class.

“The idea is that, to make that course work well, you have to be experienced to all the different sorts of situations. … end of life care, you know, the abortion material, and there’s a lot of things that can go wrong in the health care field, and so, how she always posed it was you get an ethical toolbox,” Clark said. “And so you try and learn all these ethical systems so when they do happen, when we do have situations that come about, you have a tool in the toolbox to use to accomplish what you need to accomplish and just sort of overcome those challenges.”

Although the answers to these questions live in a moral and ethical “gray zone,” as Garchar calls it, there is some crossover when discussing outcomes with other ethicists, such as Deborah Barnbaum, the chair of the philosophy department, professor and health care ethics coordinator who specializes in the research side of medical ethics.

“In addition to focusing on different topics in medical ethics, we also employ very different theoretical approaches. Kim is what people call a pragmatist, and she embraces pragmatism philosophy. I’ve been trained in a different branch of philosophy which is known as analytic philosophy, so in addition to the fact that we’re looking at different questions, we’re even approaching those questions from different perspectives,” Barnbaum said.

Though the two may tackle situations with different approaches, mainly in academic terms, they often arrive at many of the same conclusions.

“What I think is really remarkable about our interactions is that we very often come to the same conclusions, but we do so using a different methodology,” Barnbaum said. “So you see us employing a different strategy, maybe employing some of those concepts in different ways, but almost always arriving at the same answer.”

Does that mean that there really are clear-cut right and wrong answers to questions of medical ethics? Not necessarily, Garcher said.

“All of the big ethical problems that we have in the world are in the gray area, and when you’re talking about death, there is no good outcome there,” Garchar said. “There is no good outcome, that patient’s going to die. So then you’re just devoted to providing the best possible death, and that isn’t the same thing as causing a death.”

Garchar has, in fact, weighed in on many cases in which the focus — and outcome  — amounted to precisely that.

Anorexic patients, Garchar noted, can seem perfectly normal mentally outside of their one delusion — their weight.

“We had a case a while ago and it was an anorexic woman. She was, I believe, in her late ’30s. And so this was a really rare case. She had been away from anorexia for years at a time, but then would relapse. And she had done all of the treatments,” Garchar said. “And of course, she was starving to death. And she was emaciated. And she came in and said, ‘I’m done, I want hospice treatment. I’m dying, and I want hospice.’ Now that seems like a pretty reasonable request.”

The patient’s father, however, felt that his daughter was not mentally capable to make the decision of hospice care for herself — and took the decision to court.

“When you have folks that are that far into starvation, it turns out that there’s an issue called refeeding syndrome,” Garchar said. “If you just start shoving food into someone, their organs can’t take it and they’ll die.”

The court, said Garchar, ruled that until the hearing took place, the woman was to be fed. She died that weekend, though the committee was leaning toward the competence of the woman to end treatment.

“One, she was able to explain why she is where she was and what she wanted in light of her history, and this was a coherent, holistic decision that was deeply rooted in this woman’s experience,” Garchar said. “And to me, that evidenced her decision-making capacity.”

Other challenges Garchar has faced in her career only serve to strengthen the pull of the “gray zone” in ethical decisions  — such as the case of a man she observed as a graduate student who had expressed in his living will not to be given a feeding tube.

The man contracted sepsis and needed a feeding tube inserted to treat him with antibiotics. His wife protested, but his son was in favor of the tube. Though Garchar would have deferred to the wife’s decision, a feeding tube was inserted, and the man died in a nursing home months later.

Garchar said the popular opinion on this best life — and best way to die — is often split.

“I would say that there is a large contingent, possibly even majority of people, who would agree with that. That we have to go forever. Why? A miracle can always happen, right? That something could always come along. And they don’t want to feel like they caused a death of a loved one,” Garchar said.

The other contingent, though, is one which is not interested in being hooked up to machines  — the group that doesn’t want to live life dependent on treatment.

“Hospice allows that opportunity for folks who say, ‘I don’t want a very managed death.’ I think it’s harder for the folks who tend to want to do everything, because no matter what happens they will feel guilty,” Garchar said. “They will feel that they didn’t do enough, that they did the wrong thing, you know. I think it’s harder for them to come to grips with a death in the hospital, especially because it’s a hospital, and we have this idea that they can fix it, and there’s just so much that you can’t fix.”

For her, the question comes down to a personal choice to view the answer as that of the best possible good.

Though the decisions she weighs in on may seem daunting, Garchar attested that the job hasn’t been difficult, but instead has allowed her to gain empathy for those grieving and talk to her family about how they should think about the end of their lives. She even has an idea for her own.

“I would have very minimal intervention. … depending on the way of death,” Garchar said. “Hospice, I think, is a fabulous organization. I would have minimalist intervention  — cremate me, and then plant me with a tree, and I’m done.”

After all, for Garchar and those who have worked with her, ethics and the idea of medical ethics in particular, is something no one can ignore forever.

Cameron Gorman is the humanities reporter. Contact her at [email protected]