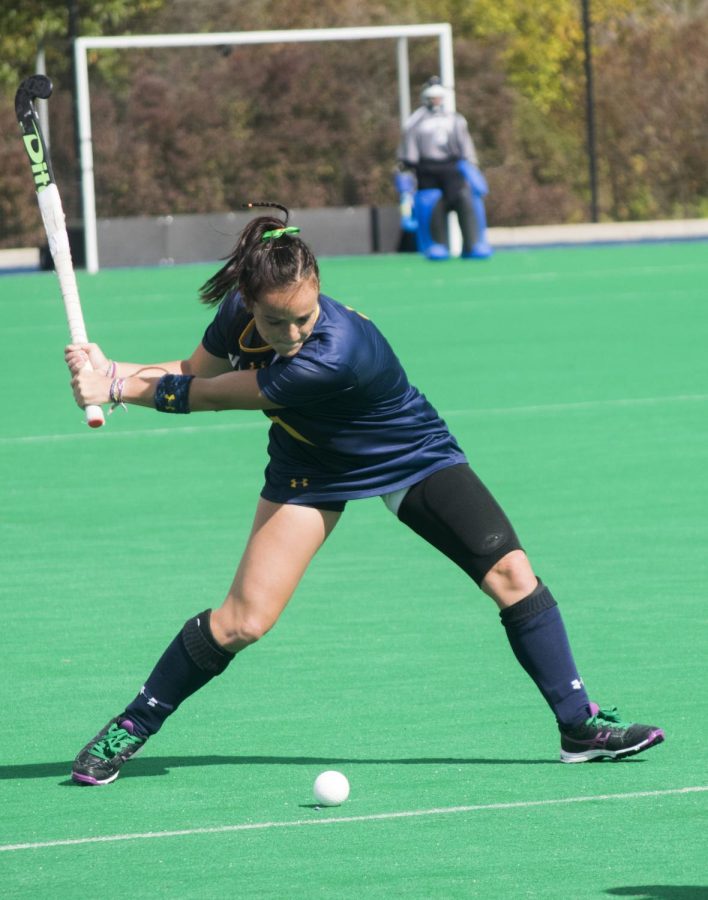 The team’s win over Appalachian State opened up Mid-American Conference play for the Flashes, and got them off to a strong 1-0 start in the MAC.

The Flashes and the Mountaineers got off to a slow start on Friday with neither team getting a goal in the first period. Kent State’s Helen Harper made quick work in the second period, however, scoring a goal just three minutes in assisted by Jessica Nesbitt and Jamie Fries.

Nesbitt would assist in a second goal, later on in the second period, that was scored by redshirt senior Alison Harmatz. The third and final goal was scored by Laila Richter in the 63rd minute.

The Flashes took 18 goals to Appalachian State’s six, and were awarded 8 penalty corners throughout the game that ultimately led to the shutout.

Ines Delpech, the team’s leading scorer, took the most shots in Friday’s victory, but was unable to find the back of the goal.

Saturday’s game was a different story for the Flashes however, as they fell 7-2 to Liberty University (3-3).

The Flames, who were ranked second in the Big East pre-season poll, dominated in most aspects of Sunday’s game. They took 13 shots compared to only three from Kent State, and had six corners while the Flashes had none.

Shannon Talbot and Alison Harmatz scored for the Flashes, while Agueda Moroni and Jill Bolton each had two goals for Liberty.

Brandon Busby is the sports reporter. Contact him at [email protected]