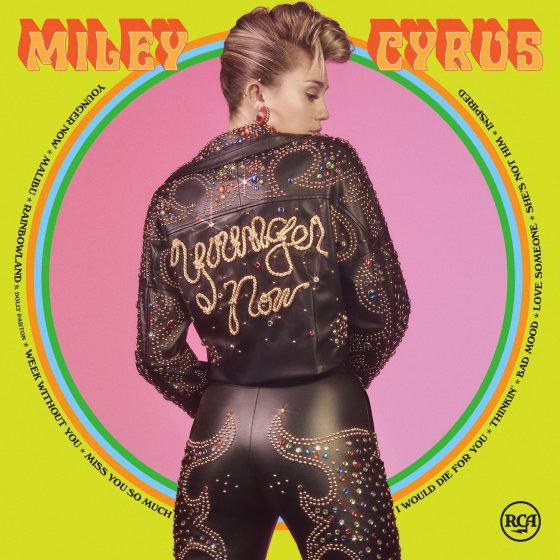 Instead of demonstrating to the world she’s not Hannah Montana through foam-fingered twerks and drugged up lyrics — like she so irresistibly mastered with “Bangerz” — Miley Cyrus  has proven she’s more than her Disney upbringing with subtle maturity.

The stark difference between this album and her past releases (especially the unexplainably weird “Miley Cyrus and Her Dead Petz”), may not lend to a continuity for the artist, but her versatility speaks volumes.

From the opening title track, Cyrus makes it clear this isn’t what most fans are used to, with lyrics like “No one stays the same/Change is the only thing you can count on.”

Maintaining the chill feel for the duration of its 41 minutes, “Younger Now” blends country, pop and folk for a unique sound that may not be ripe for the radio, and is better off because of it.

Aside from a sort of sameness through weaker songs like “Week Without You” and “I Would Die for You,” entries like “Miss You So Much” and “Thinkin’” stand out.

Other highlights include the joyfully innocent “Rainbowland” featuring voicemails directly from collaborator Dolly Parton, and “Bad Mood,” in which Cyrus shares her frustrations with waking up on the wrong side of the bed because of her societal anxieties.

Strong lyrics throughout showcase an adult side of the singer, concerned with everything from her love life with Liam Hemsworth to the environment. “Death is life, it’s not a curse/Reminds us of time and what it’s worth,” she eloquently belts in closing track “Inspired.”

“Younger Now” is a collection of quietly catchy songs well crafted by an evolving popstar.

But, you certainly wouldn’t wake up in a bad mood.