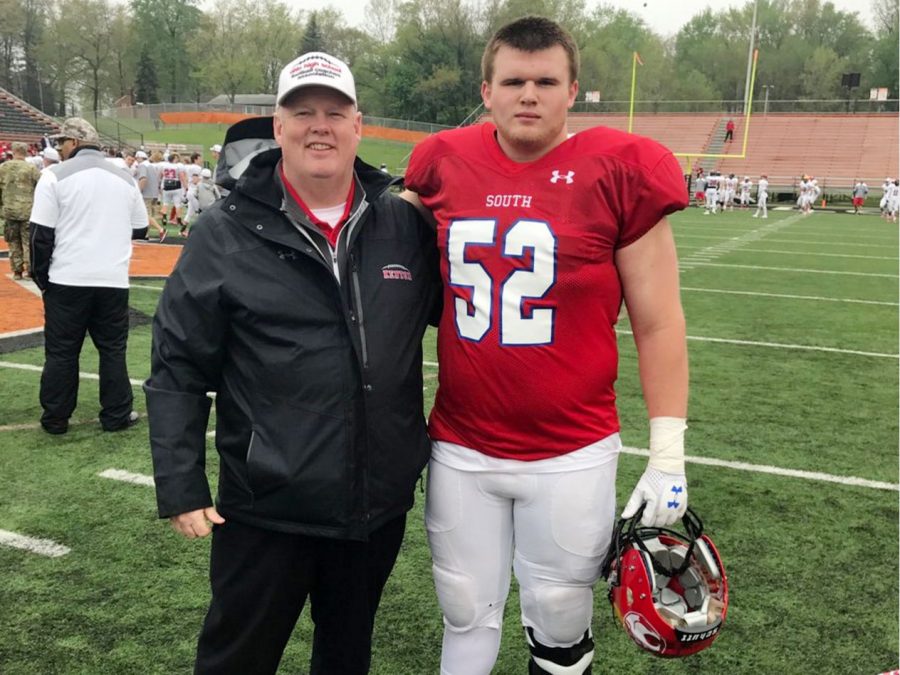 Tyler Heintz, right, died after a morning workout with the Kent State football team June 13. Heat was likely a factor in the death, according to the Portage County coroner.

The Kent State football strength coach, who oversaw the practice in which freshman lineman Tyler Heintz died, lacks proper certification, according to a report by CBS Sports.

Ross Bowsher, who is in his second year with Kent State, previously worked at Arkansas Tech University and Purdue University.

CBS Sports reported that it filed a Freedom of Information Act request for copies of Bowsher’s certification, and were told by a Kent State spokesman that “there were no responsive records” of those certifications.

Heintz died on June 13 following a conditioning practice for the football team. The preliminary autopsy showed Heintz had an elevated body temperature, and the initial cause of death was ruled as hyperthermia.

“We continue to mourn the loss of Tyler Heintz, and the Kent State family is focused on joining with the Heintz family in honoring the memory of Tyler in our thoughts and actions. Kent State University continues to assess and review all policies and practices relative to the circumstances surrounding Tyler’s death.  It is premature to report the totality of our findings, but we remain steadfast in the due diligence of our review and our commitment to the safety and well-being of all student-athletes at Kent State University.”

Follow kentwired.com for more updates when they become available.