Five things to do for fun under 21 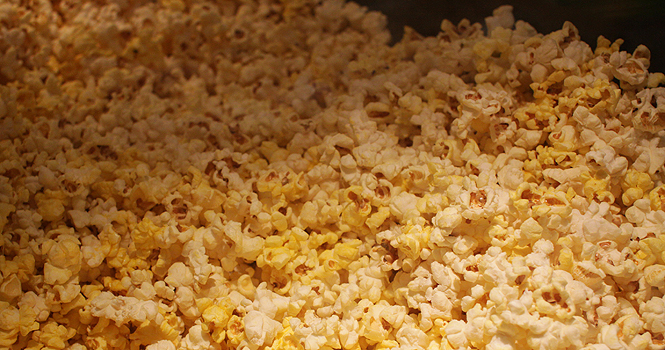 Popcorn from the Kent Plaza theatre.

Driving through Downtown Kent, you might be struck by the sheer amount of bars — one seeming to perch at the intersection of every street in the heart of the city. What’s an underage student to do — especially on the weekends?

In fact, there is more to do in Kent than it may appear on the surface, especially if you’re looking to do it sans alcohol.

“I think it’s a lot easier to talk to someone at a hookah bar than it is, you know, at a bar downtown or a bar anywhere in Kent,” said Tony Lahood, owner of Firefly Hookah Bar.

“The atmosphere, you know, people like that — going down the steps and the live bands that we have playing, and the bands that play are a lot of college students, too, so it’s their type of crowd, and the bar definitely helps with that as well,” said Sonya Istocka, vice-president of EuroGyro.

In short, if you’re looking for fun in Kent under 21, here are some options:

Though Hookah may not be the healthiest alternative to a trip to the local bar, the style of Firefly’s dim, smoky lounge room offers a similar experience. Lounge and chat with friends while you mix and match more than 40 flavors of tobacco. Patrons need only to be 18.

“It’s a pretty nice, calm atmosphere if you’re just going … somewhere to hang out and have a conversation with somebody,” Lahood said.

If you’re looking for a relaxing night with friends, you can’t get more classic than a movie. If you head to the Kent Plaza Theatre on Monday nights, you’ll only pay five dollars for a show. You’ll also get a complimentary popcorn.

If you’re looking for something more family-friendly, Kent Lanes can provide a night of strikes and splits for you, friends, or the whole family. Enjoy Monday nights at a special price. Though specials may change in the school year,  Kent Lanes usually hosts “College Night Out,” where you can enjoy a $7 all-you-can-bowl, shoes included.

You might already know about EuroGyro for its selection of delivery-ready foods: from classic American selections like pizza and wings, to Mediterranean foods like gyros. What you might not know is that every Sunday, there’s a chance to be part of the venue’s open mic nights.

“It’s mostly comedy. A lot of improvising as well, that people do, but yeah, mostly comedy,” Istocka said. To participate, call the restaurant ahead of time and ask for the booking manager.

Cameron Gorman is a reporter. Contact her at [email protected]