Opinion: Spicer or Huckabee-Sanders, the game stays the same 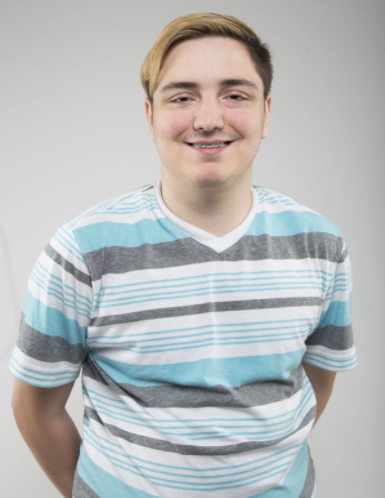 Press Secretary Sean Spicer resigned from his position on Friday, July 21, after President Donald Trump appointed Anthony Scaramucci as his director of communications; a post that was previously held by Mike Dubke, who resigned in May. Spicer will stay on through August in his position.

Spicer’s resignation came after Trump reportedly offered to keep him on as press secretary despite the overhead change, and the New York Times reported that sources there for the conversation said he believed hiring Scaramucci would “add to the confusion and uncertainty already engulfing the White House.”

Spicer announced his resignation just barely six months into his tenure and what a tumultuous tenure it was.

In his first day as press secretary, Spicer took to the podium to rail on the media members in response to obviously true claims that the crowd size at Trump’s inauguration was nowhere near as large as former President Barack Obama’s, in either 2009 or 2013.

This being the first interaction he had with the press, it already put them on poor terms, which were only worsened by the other ways he undermined them over the past few months.

He began taking reporter’s questions via Skype from selected, typically conservative, news outlets as a way to avoid questions from in-person reporters.

Spicer got into a verbal bout with CNN’s Jim Acosta after being pressed with questions about Trump’s potential connections to Russia and his claims back in March that the Obama Administration wiretapped Trump Towers during the 2016 campaign.

In the madness of the firing of former FBI Director James Comey, Spicer conducted a strange interview with the press wherein he forced them to turn the lights off and hid behind bushes in an attempt to keep TV reporters from filming him.

This ended up being a hallmark of how he conducted press briefings; Spicer has intermittently banned cameras and oftentimes recording devices of any kind during his press briefings, clarifying this decision by saying that sometimes cameras would be on and sometimes they wouldn’t be.

With Spicer out and his deputy secretary Sarah Huckabee-Sanders taking his place, some hope that things will change.

Huckabee-Sanders has filled in on occasion for Spicer and has shown a penchant for dancing around answers, getting combative and shaking her finger during press briefings, not unlike Spicer.

For a few, hope lies in Scaramucci, who was an open dissident of Trump up until he won the Republican primary election last summer.

Some see his previous distaste for Trump as a sign that he could push back against Trump and his communications efforts.

I do not buy any of this. Not only has Scaramucci since retracted his statements about Trump and acknowledged he deleted anti-Trump tweets, but Trump’s hiring record shows that nothing will ever change for Trump, so long as he is making the decisions.

Trump specializes in hiring yes-men. He needs to hear that he’s doing the right thing and, if not, that those around him will take the fall or get him out of it. Immature he may be, but he is not a stupid man.

He knows who those people are. And when it turns out he is wrong, he goes to the media to admit he wouldn’t have hired you if he knew you weren’t prepared to do his bidding — something he just did to Attorney General Jeff Sessions in an interview with the New York Times, where he admitted that if he knew Sessions would recuse himself in the investigation into the Trump campaign’s ties to Russia, he would have never hired him.

There is simply no way that Trump hires someone as close to the vest as Scaramucci will be if he doesn’t have a guarantee of blind loyalty. The same goes for Huckabee-Sanders.

The same even still likely applies for Spicer, but he fell victim to Trump’s abuse. He was forced to make excuses and lie over and over again, until the last shred of reputability he had blew away.

To be clear, I have no sympathy for Spicer — even after reading this absurd story of him stealing a mini fridge — because I know there is already a big, cushioned chair at every cable news studio and a massive book deal waiting to greet him the moment he steps out of the White House press room.

But it is unrealistic to expect change from Trump when new people are brought in. He greets newcomers with big ideas and a warm smile, and disposes of them like garbage when they’ve served their purpose.