CAEST to be renamed the College of Aeronautics and Engineering 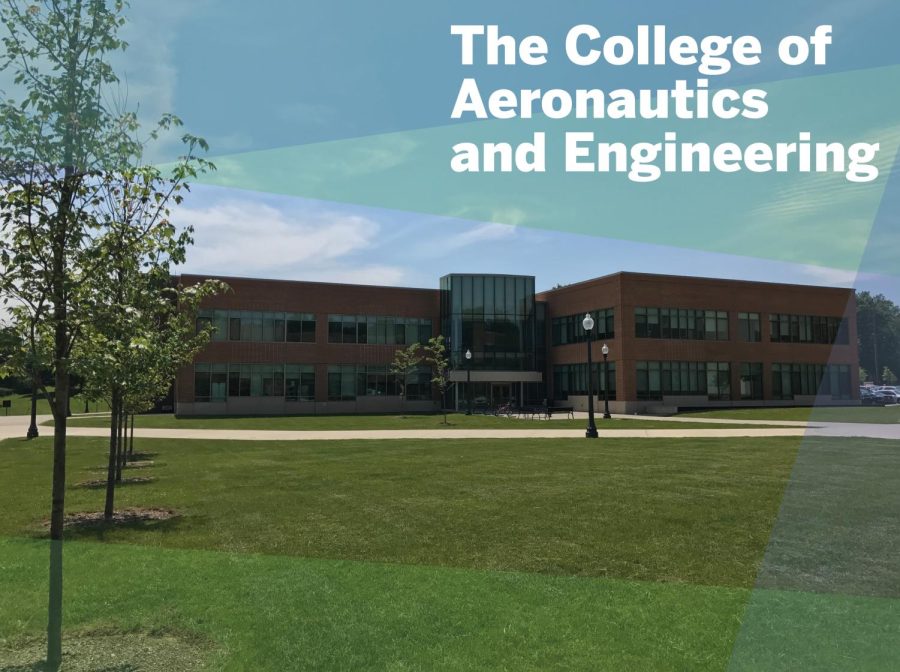 Aeronautics and Technology Building on Tuesday, June 6, 2017. The building is home to the College of Applied Engineering, Sustainability and Technology.

By changing the name of the college, the university hopes to take steps toward achieving the goal to becoming one of the nation’s top public universities in aeronautics and engineering education and research, according to the trustees.

Robert Sines, interim dean of CAEST, said the name change would better reflect the college. The aeronautics program has been at Kent State since the airport was purchased in 1943.

The CAEST began offering the bachelor of science degree in aerospace engineering in Fall 2016. Students in this program focus on engineering principles as they apply to design, manufacturing and functionality of aircrafts, as explained on the CAEST website.

As of June 6, 20 students have signed up for the program, Sines said, and he would like to see about five more students.

The planned mechatronics degree program is in the developmental stages for Fall 2018 and like aerospace engineering, it focuses on purely engineering, he said. Mechatronics combines electronics and mechanical engineering.

“A good example of a mechatronics item is an ATM machine,” Sines said. “It has electronical in it. It has mechanical in it. (It) shoots out the money and it has some computer programing in there to make sure that the money comes out (in) the right account.”

Alex Dexter, a senior applied engineering major, said his concentration is on mechatronics because it combines the three components together. With his major, he hopes to design cars.

“I think the college being renamed is great because it shows that we’re pushing forward to having accreditation to all our degrees,” Dexter said. “Hopefully, it increases the population for our college as more people are becoming interested in STEM (Science, Technology, Engineering and Mathematics).”

Students wishing to change their degree from applied engineering to a pure engineering degree are required to talk with their advisor and possibly add some additional classes like mathematics.

“The difference is engineering technology is more of a hands-on approach to engineering, where pure engineering is more of a theoretical type of degree,” Sines said. “I think it’s going to give students a better opportunity to pick what they want to do.”

Students already pursuing a specific degree in the CAEST will not be affected by the college’s new name.

“Nothing’s going to change — it’s business as usual,” said Michael Gershe, a senior advisor. “We’re just changing the name. So, we’ll just keep plugging away and give them the curriculum and experience that they need to be successful, whether that’s airo or applied engineering.”

Gershe said their main focus is their students. If students want to switch their major to something more centered around engineering, advisors will help students find the classes necessary to prepare them for The Association of Technology, Management, and Applied Engineering exam, he said.

“I think our main focus is to make sure that the students are being taken care,” Gershe said. “And then if we’re doing our jobs, then they don’t have worry about name changes or the behind-the-scenes type of things.”

Ray Padilla is the academics reporter, contact him at [email protected]