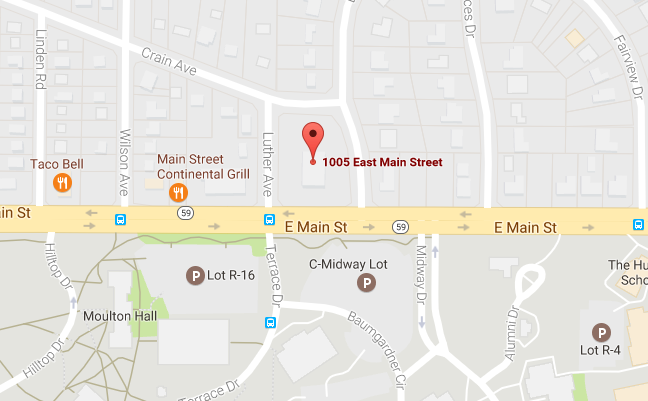 Kent Investors proposed plans to the City of Kent Planning Commission to build a three-tenant building at 1005 E. Main Street.

This does not mean the plan is canceled, as it is a permitted use under the zoning code, but instead means the firm behind the project, Kent Investors, will need to address the concerns raised by the Planning Commission before moving forward.

The building was expected to include a Verizon Wireless store, a drive-thru and a coffee shop.

Concerned Kent residents packed the room, and more than 20 of those residents testified before the commission. Testimonies lasted over an hour and a half, and the entire discussion stretched to three hours. The Kent residents’ disapproval of the project was unanimous, citing concerns of safety, traffic, pollution, neighborhood quality and tree loss.

“It is important to us that we have an appropriate-looking site, but it is also important that we preserve it,” said Scott Heim of Davey Tree.

Kent Investors planned to remove two trees on the west side of the property.

“There are nine priceless trees on this property,” said Kent resident Paula Treckel. “What will it be, commissioner? Nine trees or nine parking spaces?”

However, the firm explained the parking spaces were not the issue — the grade of the land made the trees problematic. Their root bases would be adversely affected by the development. Kent Investors consulted Heim, who explained the trees may not survive the changes should they be left in place.

Commissioner Peter Paino questioned Gary O’Nesti, special projects director for LRC Realty, about the decision to include 57 parking spaces when the City of Kent zoning code only necessitates 48 for the projected size of the building. O’Nesti explained the designs also needed to accommodate the needs of the expected tenets of the building, which meant more parking spaces.

Residents expressed their dismay about the stop sign at Elmwood Drive and Crain Avenue, saying most people did not pay attention to the sign as it was — a problem residents believed would worsen with more traffic. The streets are two of the four that completely border the property, the other two being East Main Street and Luther Avenue.

“We’re talking about thousands of cars a day through this intersection,” said Kent resident Scott Flynn. “It’s as if (they’re saying) ‘safety be damned.’”

Other residents worried about the expected influx of traffic; as the roads are now, the only road where it is always legal to make both left and right turns onto East Main Street around the property is Luther Avenue. O’Nesti explained the firm conducted a traffic study to estimate traffic changes and concluded only signal times needed to be changed.

Yet more residents testified, saying the building would diminish their quality of life with not only more traffic and roadway dangers, but with noise, light and air pollution.

The Planning Commision expressed its wish for the building’s dumpster to be enclosed within the same materials the building comprises, along with additional vegetation screening to mitigate the noise and light pollution the residents expressed their concern about.

*Editor’s note: an earlier version of this story incorrectly spelled the name of Davey Tree as “Davy Trees.” This has been corrected. A paragraph has been added explaining the project is not cancelled but postponed.

Andrew Atkins is the campus editor, contact him at [email protected]

Lydia Taylor is the editor-in-chief, contact her at [email protected]