A week immersed in Jewish culture 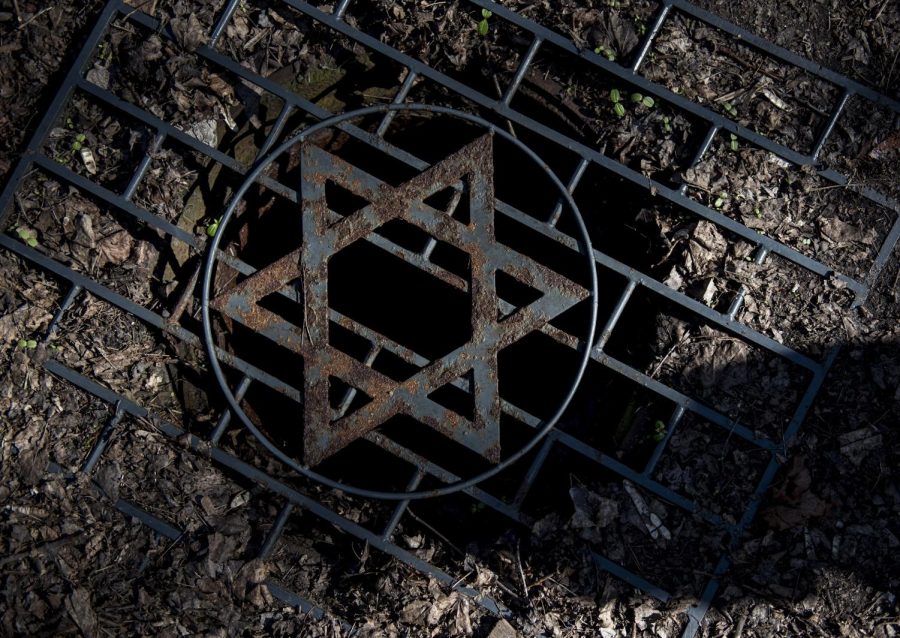 A sewage opening at the Warsaw Jewish Cemetery on Tuesday, March 26, 2017 in Warsaw, Poland. The sewage line was used as an escape route for Jewish ghetto residents during World War II.

This spring break I had the opportunity to travel to Poland for a Study Abroad Program with Kent State’s Jewish Studies Program to learn more about Jewish history and culture in the country.

When most people think of Jews, the tragedies of the Holocaust are typically one of the first things to come to mind, but “the history of the Jews does not begin or end with the Holocaust,” said Anna Baryła, a tour guide for FreeWalkingTourKrakow in Krakow, Poland.

“Perception and Remembrance: The Holocaust in Literature, Film, Theatre and Public Display” is a one-credit course offered by Kent State that consists of students traveling to Poland and exploring Jewish historical sites in Warsaw, Krakow and Auschwitz-Birkenau. While the title implies the trip is completely about the Holocaust, there was so much more to learn.

During the trip, students were taught about the Jewish culture in Poland before World War II, as well as the communist reign after the war and how it has adapted since the end of communism.

Students were given the opportunity to immerse themselves in Polish and Jewish culture by tasting the food, exploring the city of Krakow, learning about Jewish cemeteries and synagogues and visiting a number of museums including Oskar Schindler’s Factory and the Galicia Jewish Museum.

The trip ended with a visit to the museum at Auschwitz-Birkenau, an important place in the history of the Holocaust. To walk through the same land on which such a crime against humanity took place was haunting. Seeing in person the atrocities that had taken place — from the photos of the tragedy to the preserved hair used for textiles — I was left speechless many times during the visit. It was a heavy and unforgettable experience.

Afterwards I had the honor of partaking in a traditional Jewish Shabbat dinner. Being surrounded by friends and smiling faces was a nice way to help process what I had seen during my trip, and it helped me to witness the remarkable recovery of Jewish culture in Poland.

I went on this trip expecting to merely document from the sidelines. Instead, I found myself immensely interested in learning more of the intense and complicated history of the Jews.

Alexander Wadley is a photographer, contact him at [email protected]