Opinion: Why it’s different this time in North Korea 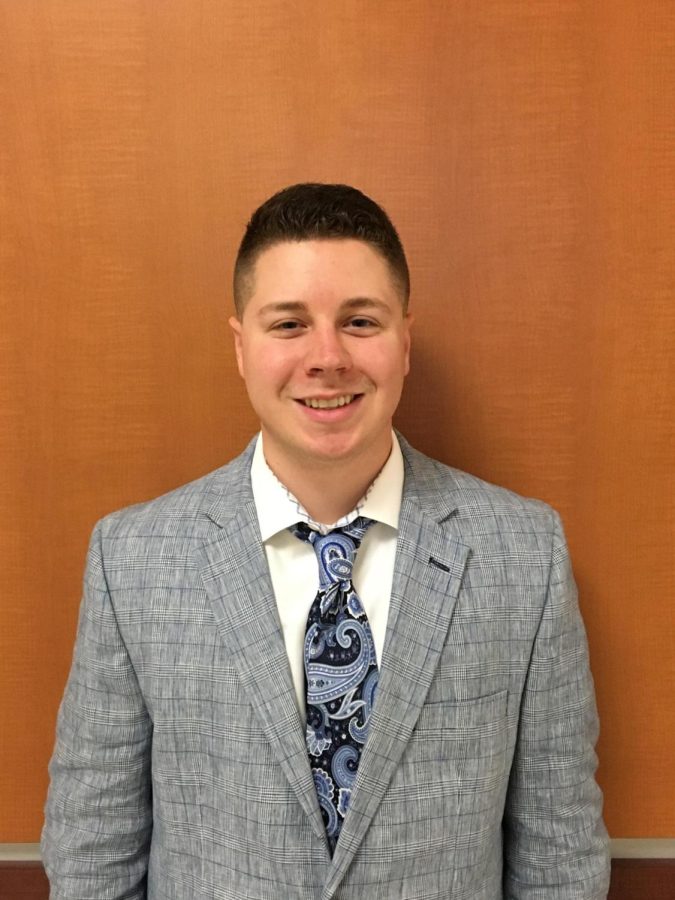 Cue up that old DVD copy of “Team America: World Police” for optional accompaniment to this column.

While a plethora of important things are happening in the world, tensions between the United States and North Korea have overwhelmingly dominated the news headlines for the last week plus.

The continued threat from North Korea and its leader/toddler-at-heart, Kim Jong-Un, culminated this past weekend when the country celebrated its most important national holiday, “The Day of the Sun.” Kim Jong-Un vowed to launch a new missile test and a possible forthcoming sixth nuclear test.

The missile test this past Sunday failed, according to U.S. and South Korean officials, as many of these previous tests have done so in the past. After all, North Korea threatening the world with nuclear warfare is as much a long-standing tradition as hot dogs and hamburgers on the Fourth of July.

Vice President/enemy to the LGBTQ community Mike Pence also visited the Demilitarized Zone to puff his chest and play “military guy” on Monday, sporting a bomber jacket like he was Tom Cruise in “Top Gun.”

We dealt with these tensions for years when Kim Jong-Il was in power, and now it’s his son’s turn to lose his mind and spark global tensions.

Why? Because he’s nothing more than a spoiled four-year-old who wants to play with some shiny toys, while simultaneously being trapped in the shell of a dad bod that sports a crappy haircut on top.

And while nuclear war should never, ever be an option that this planet and its leaders resort to, we all know it would not end well for Kim Jong-Un and the poor people he rules.

I hate to dismiss the possibility of nuclear warfare in such a nonchalant manner, but it’s important to realize that we’ve essentially been dealing with this possibility from the Kim Jong-Nutjob lineage for well over a decade now.

World leaders will continue to condemn North Korea’s nuclear program and will continue to impose sanctions on the country until it ceases nuclear testing, even though Kim Jong-Un would rather see his people starve and die before giving up his coveted collection of missiles. They’ll keep launching missiles that will likely continue to amount to nothing more than a proverbial smack on the wrist from the rest of the world.

Few things have changed in that regard — well, except for Donnie Boy being in the White House and having the nuclear codes, which remains a huge cause of concern for anyone who doesn’t want to be engulfed in nuclear fallout.

I read a great article over the weekend from Kathy Gilsinan at The Atlantic, and I bring it up here because I don’t want to act like this was some original idea of mine (shocking, I know).

I also bring it up because it’s a read that certainly warrants your time and attention. I’ll dumb it down because I’m really good at doing that.

The article basically details how past presidents have largely treated North Korea’s nuclear program as the unstable, unsuccessful program it is. They’ve proceeded with caution when it comes to any sort of talks of retaliation or threats of preemptive strikes against the communist nation.

It’s the equivalent of a teacher who has to deal with an insubordinate child: We all know who’s really in charge here, and we all know your ass is going to the office if you don’t shape up, Kim Jong-Un.

But with Trump, those types of talks may cease because this man himself is similarly unpredictable, irrational, indecisive and flip-flops on just about everything he comes across.

He has been adamant about displaying our nation’s military might, and when the risk of nuclear war is on the table, nothing could be more stupid or dangerous than two unstable men with nuclear arms at their disposal attempting to call one another’s bluff.  It’s like me at a poker table at 2 a.m. with a couple of bourbons and cigarettes in my system.

Is the possibility that we’re marching toward a real standoff inevitable? Yeah, sure; that possibility always exists.

Is it likely? I still would say no, and Gilsinan outlines and articulates those ideas much better than I can.

With the insertion of Trump into the equation, that “Z” variable becomes much more complex, and the situation becomes more uneasy like a Cuban Missile Crisis in slow motion, as it’s been described by some.

We need not yet run for the hills as the cable networks would prefer to have us believe.

Cooler heads will likely prevail, which is the case with a great many things.

Remember when that used to be the norm?

While this administration may like it otherwise, I long for that line of thinking and rationale to return from whatever exile it was cast off to.