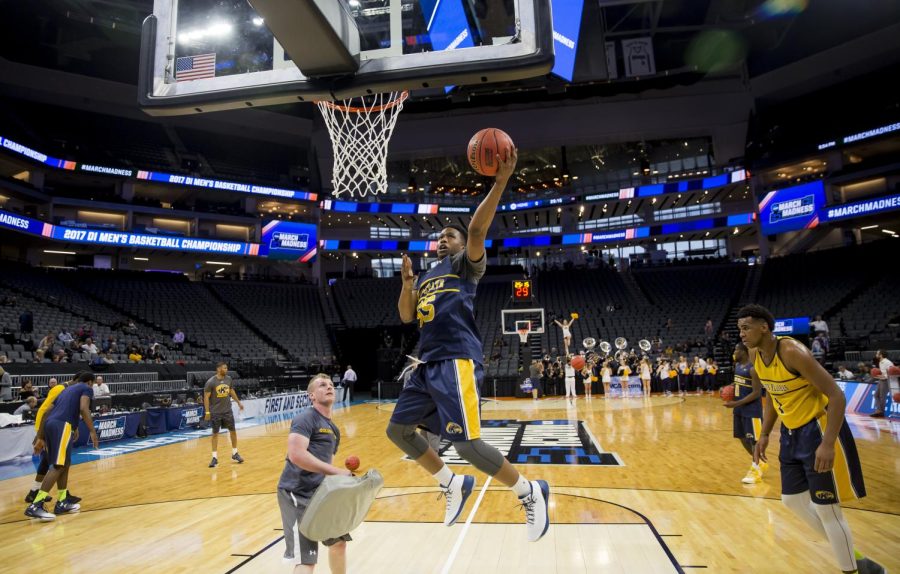 When the Kent State basketball team exited the catacombs of the Golden 1 Center Thursday night to begin their practice, they entered to a light applause. The Flashes – who had the final practice of the night – went through a full practice in 40 minutes, which was something of an anomaly for the day.

Most of the teams that practiced on the Golden 1 Center court elected to have a short, lackadaisical practice. Kent State coach Rob Senderoff bucked that trend and had his team run through a full blown practice, which prompted someone sitting in the stands to exclaim “These guys are actually practicing. This is weird.”

The idea of practice isn’t the only trend that Senderoff hopes to buck by the weekend’s end, as the no. 14 Flashes will go into their game against no. 3 UCLA as the longshot underdog.

“It’s been a fun process,” senior forward Jimmy Hall said. “A lot of us have never been to California and getting away from the cold, so we weren’t too stressed about traveling or anything.”

Hall and the Flashes are faced with the tall task of combating the UCLA Bruins and their high-powered offense, led by TJ Leaf and Lonzo Ball, a task that the Flashes feel they are ready for.

“We came out hard (to) play hard and stick to what we do best,” Senior guard Deon Edwin said. “That’s all we can do. Just play ball and have fun because we’re here now.”

The Flashes being an underdog wasn’t lost on Senderoff either, but he also said he believes that the Flashes can do anything.

“Everybody who makes the NCAA tournament is a really good team and…is playing with confidence,” Senderoff said. “Our guys certainly are. We have a belief in what we are doing. With that being said, we know we’re playing on the great programs of all time and one of the best teams in the country this year in UCLA.”