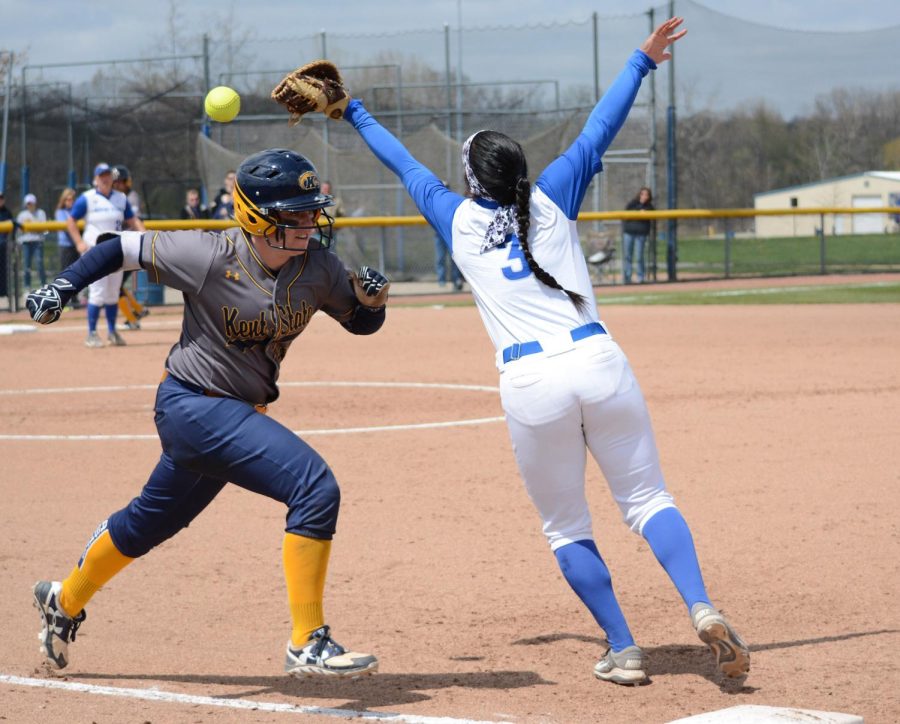 Freshman outfielder Sydney Anderson races safely to first base after the University at Buffalo player misses a passed ball in the first of their double header games on Saturday April 23, 2016. The Flashes would go on to win their first game 8-0.

The Kent State’s softball team’s early-season struggled this past weekend, as the team went 0-3 in a series against No. 19 University of Michigan.

Friday, Michigan shut out Kent State 2-0. Megan Besta threw a no-hitter for The Wolverines, striking out 17 batters and walking two.

Saturday, the teams played a double-header. Michigan (17-7-1) won the first game 11-3 after six innings. The Flashes were led by senior Maddy Grimm with two RBIs.

In the final game of the weekend, Michigan defeated Kent State 3-0. The game went scoreless until Michigan scored three runs in the bottom of the fourth, two of which came on an Aiden Falk double.

Erik Svensson is a sports reporter, contact him at [email protected]