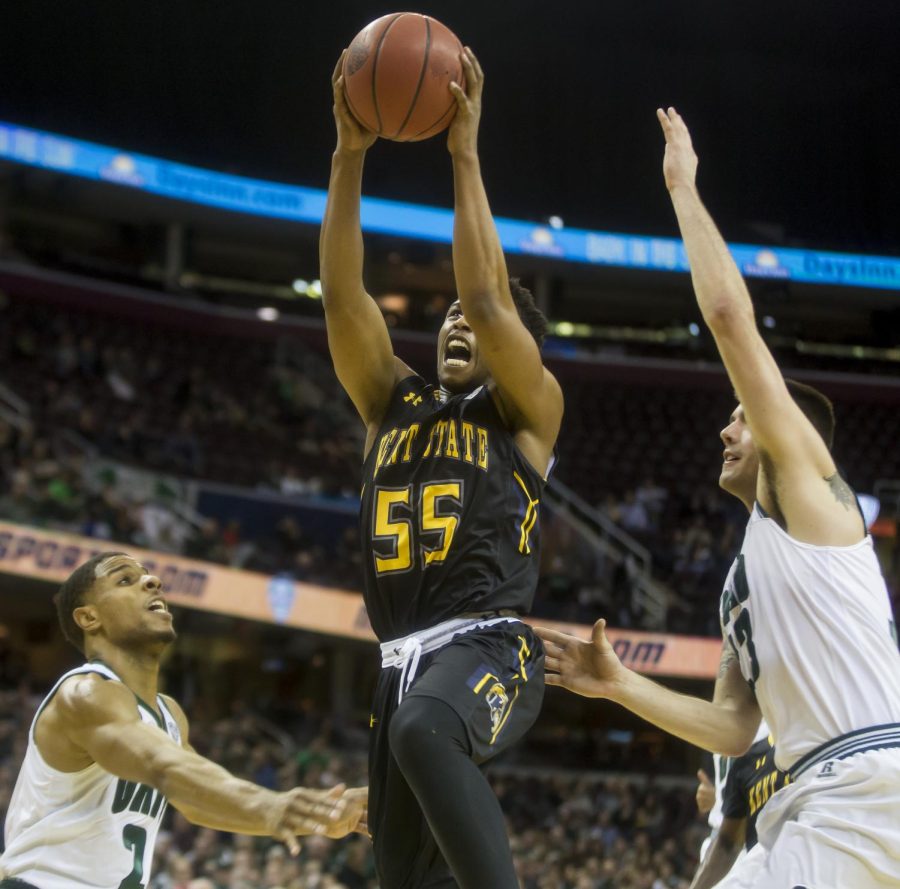 The Flashes jumped out to a quick 11-3 lead that was jumpstarted by a corner three-pointer by Jaylin Walker that he made with an Akron defender draped all over him. Hall finished with 10 points in the half to go along with eight rebounds. Jaylin Walker leads the Flashes with 11.

The Zips took their first lead with three minutes left in the half, but the Flashes quickly responded 33 seconds later. The Flashes as a team committed eight personal fouls in the half compared to the Zips four. Kent State did have a five minute gap between their sixth and seventh foul, which kept the Zips off the free-throw line. Adonis De La Rosa committed three personal fouls, while Jimmy Hall and Deon Edwin each have two.

Isiah Johnson has 10 points for Akron, and is the lone member of the Zips in double-figures.

Both teams have only made one three-pointer, while the Flashes have seven assists compared to three turnovers.