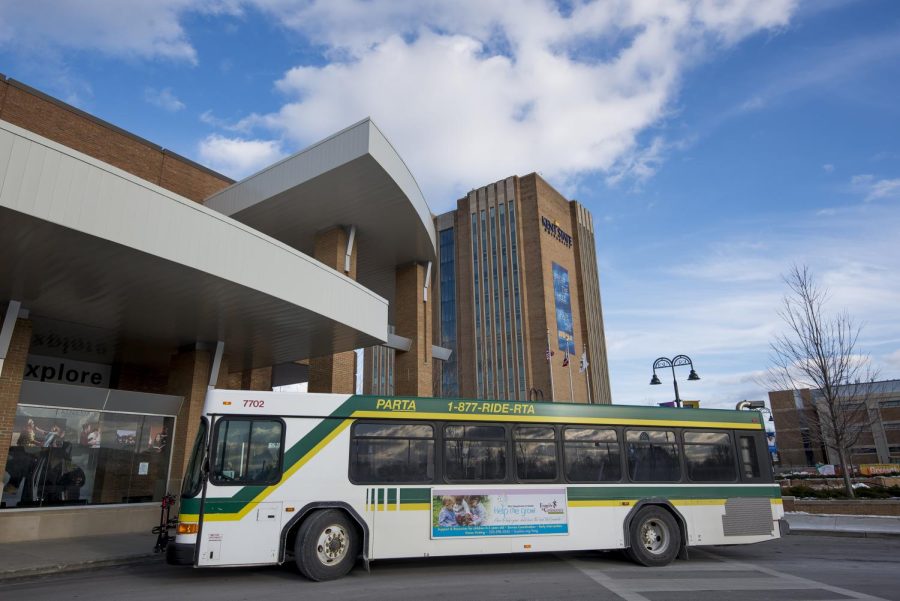 Bus riders can now travel easier and farther with PARTA’s route changes. The alterations went into effect at the start of the semester, expanding services in the Portage County Area.

On Jan. 16, PARTA released a new schedule of fixed routes to increase functionality of the bus system in the area. The bus routes in the Kent area stayed the same, but they are now doing regular departures out of the Kent Central Gateway, which is located in downtown Kent.

“We are trying to do what’s called ‘pulsing,’ where all the routes come in together, line up together, offer transfers and then pulse out of the gateway,” said Clayton Popik, route planner at PARTA.

Students can still catch the 40 and 35 bus at C-Midway to travel outside of the Kent area.

“It’s been a while since we looked at the service as a whole, so one of the things created about two years ago was a transit development plan,” Popik said.

The plan consisted of several fixed route adjustments. Popik brought the plan to a consultant who looked over the area and thought the system was operating efficiently, but needed some “tweaks.”

The plan was then brought to the public. At the end of September, PARTA posted the routes and, at that time, entered a public hearing period.

“These public hearings were held at Kent State University, City of Kent, Ravenna, Windham,” said Frank Hairston, marketing and EEO director. “We met with Windham elected officials and others because they had lost their IGA, their only grocery store. Clayton moved some things around so it would be easier for people to go to stores in Garrettsville.”

Portage County residents can also use PARTA’s door-to-door services, called Dial-A-Ride, where they can call in and request direct service from their homes.

Popik said he has received some feedback after the first week but, at the moment, routes aren’t going to be changed.

“I’m compiling suggestions and comments towards our current system for next time there are route tweaks,” he said. “We don’t plan on doing any design changes. Overall, design-wise, I think we are happy with the way things turned out.”

Students will not see any route changes when Phase Two of the Summit Street Improvement Project begins in March. Summit Street will return to one-way eastbound traffic identical to the pattern students and community members experienced last year. Popik said he ran into trouble during Phase One when he had to reroute the buses a month into the semester.

“For the first time in my 12 years, we had to do route changes in the middle of a semester. I told the school I will never do that again,” Popik said. “We set up every route at the beginning of the school year and that will carry through until the end of construction. I wasn’t going to put buses back on the road westbound on Summit Street when I would just have to turn them all around again.”