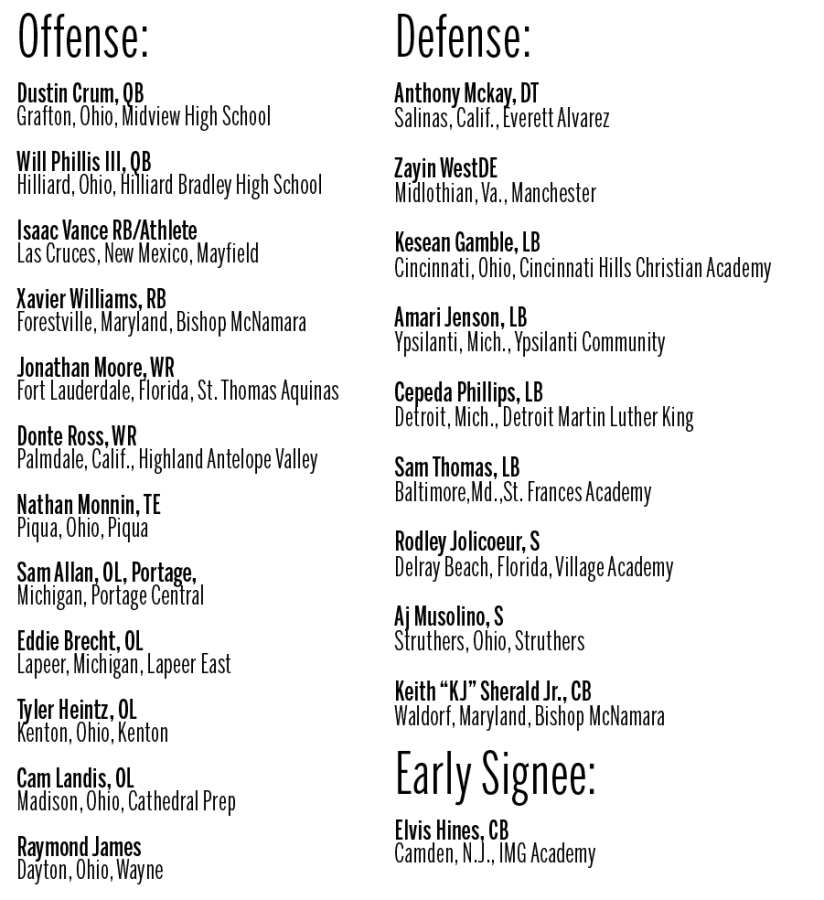 “This staff does an unbelievable job of recruiting our kind of guys,” Haynes said during his press conference Wednesday.  “Our kind of guys are blue collared, hard-nosed guys who are academically motivated.”

Kent State offered about 60 players, with 22 players committing to the program, including six members of state championship teams.

“We don’t offer a lot of guys,” Haynes said. “We’re not like a lot of programs out there who are going to offer 100 guys. They (not only) have to fit the vision of our football program, but also the vision that President Warren sets out for this university.”

A big emphasis for this year’s class was experience. Haynes said that they looked for older, more mature players.

“We said early that we were going to get some junior college guys,” Haynes said. “We want guys who want to come in and compete right now.”

While Kent State has struggled in the win-loss category over the past few years, it hasn’t stopped the Flashes from being successful in the area of recruiting.

Haynes said the biggest selling points for the Flashes are the school’s academic buildings and football facilities.

“When we tour around this place it’s easy to see that our facilities are top of the line,” Haynes said. “They are comparable to anyone in this league and even other big schools.”

There were 13 all-state selections, as well as two players who won the “Player of the Year” award in their respective states.

The Flashes begin spring football March 1, and open up the season Sept. 2 when they travel to take on defending national champion, Clemson University.

Scott is sports reporter, contact him at [email protected]