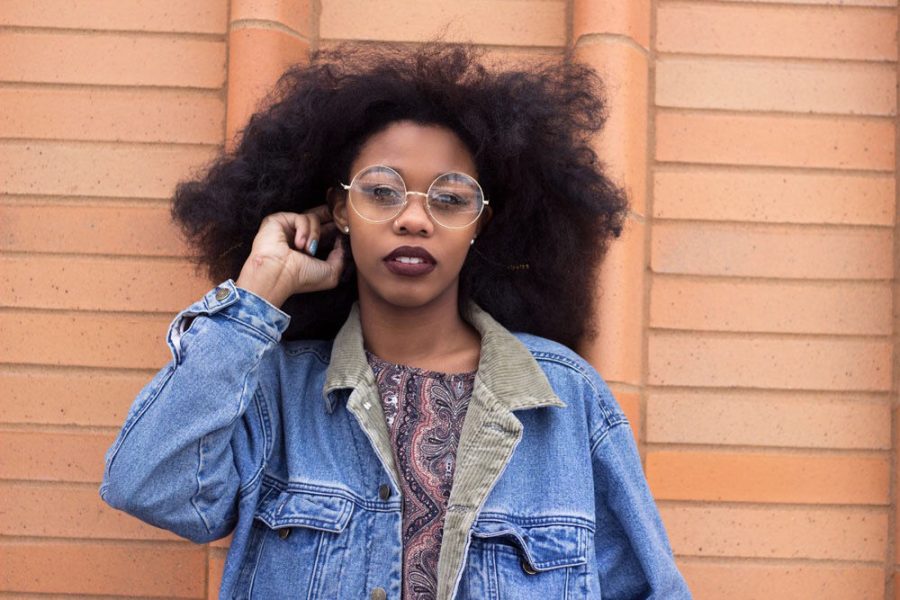 Endless flyers, posters and brochures plaster bulletin boards across campus, most of which tend to be designed by students. Lacy Talley, a junior visual communication design major, is one of those students that has her designs make it across campus.

At a young age, Talley was influenced to start drawing by watching her father, who would draw around her often.

Talley skipped over the artistic phases of stick figure drawings. Talley would draw full body characters — people and faces were some things that Talley enjoyed working on most.

“I really love people, eyeballs and the way you can restore a person’s face,” Talley said. She said she liked drawing people rather than animals because it is easier and realistic.

As a student in visual communication design, Talley enjoys class since it allows her to draw within her own style, which is “fantasy and realism, but not too realistic.” Talley is known for her originality and creativeness.

“Her ideas are unique,” said Angelica White, a senior business management major and president of Flashettes.

In Spring 2016, Talley and White came together and founded the on-campus dance group Flashettes, meant to represent the black community and allow females on campus to have more bonding experiences with each other.

“Elegant (and) poised ladies,” Talley said. “That is how we want to be seen as a group of black women on campus.”

Talley has made an impact on members of Flashettes by empowering them and always having a positive attitude to their ups and downs. By expressing her love for drawing, Talley has “incorporated her art with Flashettes’ fashion and marketing,” White said.

“I have seen many sketches and they are amazing,” White said.

Even with her hands tied between events, class and her job — which is at a “paint and sip” shop — Talley found herself creating a line of hats specifically catered to people who have larger natural hair.

“The main reason I made the hats is to protect the hair by having a satin lining inside the cap,” Talley said.

With more experience in the future, Talley hopes to make a career at an animation studio like Pixar or Dreamworks.

Quaylyn Hairston is the entertainment reporter, contact her at [email protected]