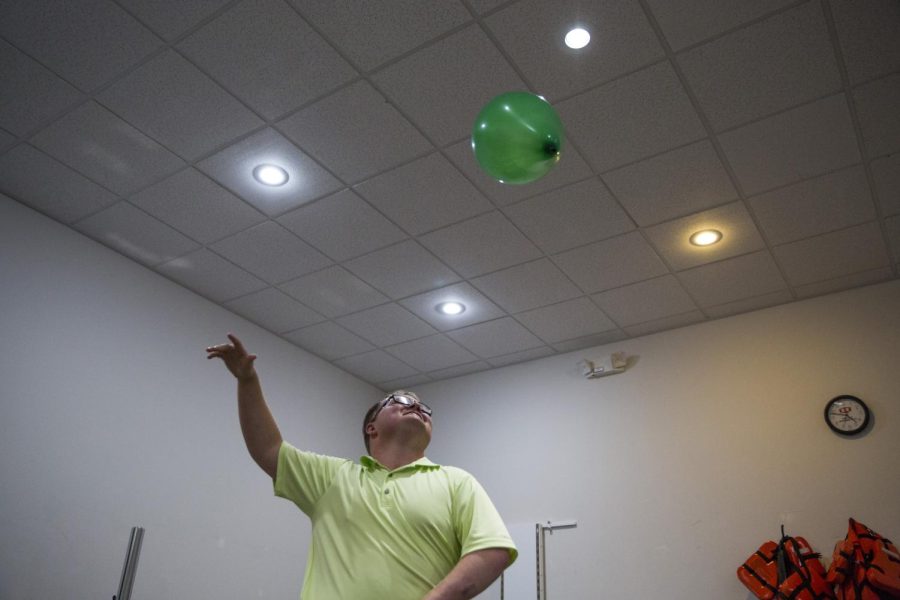 “Beau” bounces a balloon with one hand during at his physical therapy. He aims to improve the connection between his brain and damaged muscles while regaining mobility with his left leg.

It’s hard to go two minutes without hearing greetings such as “Beau money!” and “Yo Beau!” accompanied by handshakes, high-fives and fist bumps when walking within earshot of Kyler “Beau” Mathis at McCracken County High School.

Mathis is something of a town legend in Paducah, Kentucky — all because of a tragic accident that happened while he was taking part in a common activity.

Rewind seven years, five brain surgeries, 25 days in a coma, one accidentally discharged .22-caliber bullet and you have Mathis, age 10, shooting targets in his backyard.

Now a senior in high school, Mathis is the “morale manager” of his school’s football and baseball teams, as well as a social butterfly.

The disabilities that resulted from his accident include short-term memory loss, vision problems and some physical impairments — most noticeably, an immobile left arm and a weakened left leg. These disabilities don’t seem to slow him down.

Even before he could talk, Mathis was pushing himself.

According to his mother, Anne Wallace, Mathis was an early walker. Now, even with a limp, he’s almost never late to class and has a near perfect-attendance record — only occasionally missing school for doctors’ appointments.

Surrounding Beau is a strong and supportive community, according to his mother.

When McCracken County High School took in two other high schools four years ago, there were a large number of people around Mathis who didn’t know his story. But there also were many who knew him before his accident.

Regardless of whether they know his whole story, Mathis always manages to brighten up other people’s day, either with a joke, a flirtatious comment or a simple ear-to-ear smile.

Alex Ledet is a photographer, contact him at [email protected]