Rough second half dooms Flashes in loss to Ball State 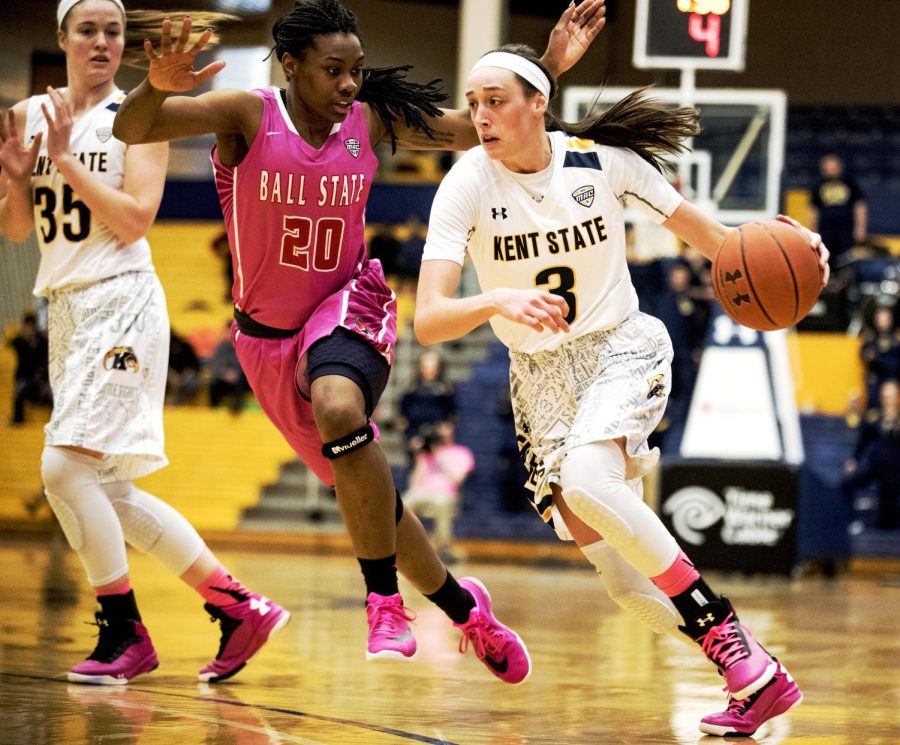 Senior guard Larissa Lurken drives towards the basket during the second half against Ball State at the M.A.C. Center on Saturday, Feb. 12, 2016. Kent State won, 59-50.

The Kent State women’s basketball team was right where it wanted to be after 20 minutes of play in Wednesday’s game against Ball State University.

Senior guard Larissa Lurken made two key defensive stops right before the break, and freshman guard Ali Poole hit a big three-pointer in the waning seconds of the half that cut the Cardinals’ lead to 36-33 at the half.

The Flashes managed to shoot only 25 percent (15-59) from the field in the game, which was coupled by their 12 percent (4-33) shooting percentage in the second half.

Kent State was led on offense once again by star player Lurken, who scored 18 points — six of which came in the second half. Junior forward Jordan Korinek was the only other member of the Flashes to score in double-digits, finishing with 12 points.

Ball State junior forward Moriah Monaco made the Flashes pay from deep all night, going 6-9 from three and 8-14 from the field en route to her finishing with 24 total points. She was complimented by senior center Renee Bennett, who scored 13 points and nine rebounds.

The Flashes’ road trip continues Saturday, when they take on Eastern Michigan University at noon.