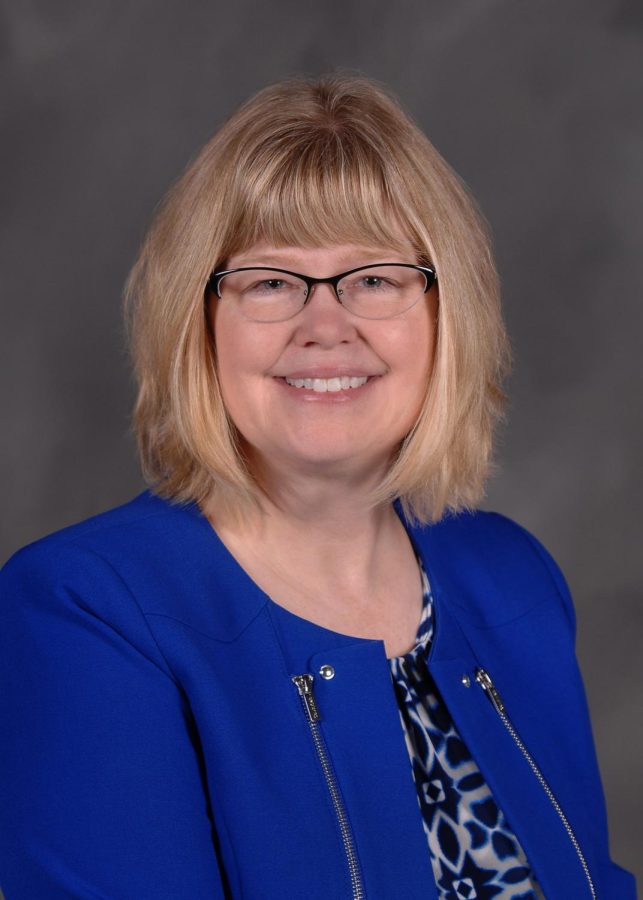 Amy Reynolds is the dean of the College of Communication, or CCI.

During the week, Amy Reynolds makes her presence known on Kent State’s campus as the dean of Kent State’s College of Communication and Information (CCI).

But for five minutes every Saturday morning, Reynolds’ voice carries over 20 Ohio counties and parts of Pennsylvania on her new show called “Elevations,” which airs on local NPR affiliate WKSU.

“President (Beverly) Warren had a goal to create a better linkage with WKSU and the university,” said Emily Morris, executive communications director and “Elevations” co-producer. “We have this wonderful asset here in WKSU, and she felt like there had to be more opportunities that we need to do to leverage that relationship.”

Morris said that after discussion with Warren, the president said she’d like to see a program on WKSU about the university.

“We worked with (WKSU production manager) Ele Ellis and envisioned launching this program in the format that it is,” Morris said.

When it came to picking a host, Morris said Reynolds was a natural fit.

“She has a broadcast background, and as the dean of (CCI), (picking her) made a great deal of sense,” Morris said. “So we put our heads together and said, ‘Let’s launch the program and focus on those activities, programs and initiatives at the university that really have an elevating effect.”

The show — which runs for five minutes  — airs at 7 a.m. While at first glance the early hour may not be a time that would seem to garner a high listenership Reynolds is happy with the morning slot.

Part of this is because “Elevations” is followed by the NPR show “Living on Earth,” which is a weekly environmental news show hosted by Steve Curwood.

Another reason Reynolds is happy with the time is because of the fact that anyone can listen to the show at any time, even after it airs, she said.

“What I like about this is that in today’s day and age, content doesn’t live in specific time slots in the way that it used to, so we have two different particular audiences,” Reynolds said. “So, we have the listening audience at 7 a.m. on Saturday and then you have the audience on the web. I think what’s great about this is that we’re getting this really great time slot for the airwaves, but then we’ve also got the content living on the web.”

The version that WKSU plays has the same interviews, but they’re edited down due to the five minute time constraint.

“(Ellis) makes the final determinations of what’s going to be cut,” Reynolds said. “(Morris) does a lot of the upfront research and sends that to me, and then I look through it and she develops a question list. We try to treat (the interview) like a conversation. We try to set it up so people aren’t giving long answers.”

The show’s first episode aired Jan. 21 and featured an interview with John Gunstad, a professor in the Applied Psychology Center at Kent State.

Warren will be the next featured guest Feb. 4.

“In some ways, I feel like I’m an audience member too because I’m getting to hear their great stories and projects,” Reynolds said of the guests. “The bigger goal is to help share the Kent State story with the broader community.”

Archived episodes of “Elevations” are available at https://www.kent.edu/elevations. WKSU can be found at 89.7 FM in Kent.

Henry Palattella is an administration reporter, contact him at [email protected]