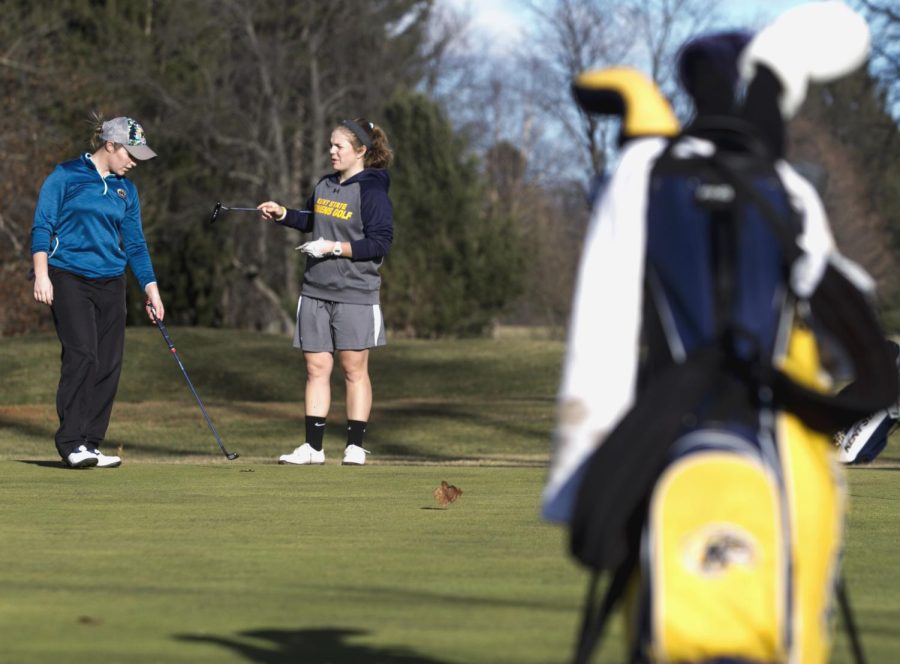 Before Ohio Gov. John Kasich signed Executive Order 2015-01K in February 2015, the average cost of tuition for one of the state’s 14 public four-year institutions was approximately $10,100 per year — 14 percent higher than the national average, according to a summary published by the Ohio Department of Higher Education.

For Kent State, this meant ceasing operation of its financially failing 18-hole golf course in an effort to reduce the cost of attendance for students.But because of the act, which established the Ohio Task Force on Affordability and Efficiency in Higher Education, any college or university receiving state funds is encouraged to devise and implement a yearly strategy to reduce the student cost of earning a degree for in-state students by 5 percent.

Kent State announced the decision Dec. 2 in a press release, writing that the university “could not reverse a five-year trend of declining revenues and mounting operating losses” for the golf course, which was purchased by Kent State in 1966.

Additionally, as part of stipulations attached to the Task Force on Affordability and Efficiency, and per House Bill 64, which states each institution receiving state funds must “conduct an assessment of its non-core assets to determine their market value if sold, leased, or otherwise repurposed,” it was concluded that it was not financially viable to continue operating the golf course at a deficit.

“I think the fact that schools like Kent State are taking action … shows that they are on board with this idea of reducing costs to students and they are aware that the cost of higher education is to the point — nationwide — where students begin to ask themselves, ‘Is it worth it for me to get a college degree?’” said Jeff Robinson, director of communications for the Ohio Department of Higher Education, the organization responsible for reviewing the financial plans and policies conceived by state schools every summer.

“We certainly think (receiving a college degree) is (worth the price) and our colleges are echoing that and showing that, ‘Yes, we know that a college education is valuable.’ We also know it can be a high cost to students, so we’re trying to find ways that we can reduce that,’” he added.

According to financial records retrieved from Kent State’s Office of General Counsel, the golf course lost $831,695.98 during a six-year period from July 2010 to June 2016.

Although the public par-70 course lost $50,328.73 six years ago, that amount more than doubled by 2013 and hit a new low during the July 2015 to June 2016 fiscal year, in which the course suffered a $182,226.60 hit. The loss ultimately forced Kent State’s Board of Trustees to look at other options for the 40-acre site, including either selling it or repurposing the land.

A decision, however, has not yet been made public.

An open records request pertaining to the budget for Bowling Green State University’s Forrest Creason — one of the three remaining university-sponsored golf courses in the state — for comparative purposes shows that the course broke even on its expenses/revenues over the previous six years. BGSU claims the course made $2,347,420 since 2011, but lost just as much during that span.

An email seeking comment initially sent to Colin Miller — Kent State athletic department senior fiscal manager, whose email address is listed under the “Contact Us” tab on the golf course’s website — was forwarded to Kristin Anderson, the university’s director of external media relations.

Anderson said the university looked at other non-core assets in its internal assessment, including facilities, Dining Services, IT services, real estate services, residence services, parking, bookstore and buses, but did not provide specifics of what it would do to cut costs in those areas.

She also was unable to say whether any university employees have lost their job as a direct result of the course’s closure, citing the inability to comment on “personnel matters.”

However, records indicate that Kent State spent $217,046.79 on salaries and wages for the golf course during the last fiscal year, including an additional $67,307.76 allocated to “staff benefits.”

The press release said that the Ferrara & Page Golf Training and Learning Facility — which features a putting surface, indoor practice green and indoor-outdoor driving range located adjacent to the golf course on S.R. 59 in Franklin Township — will not be affected by the closure. Nor will Kent State’s men’s and women’s golf programs, since both practice at Windmill Lakes Golf Club in Ravenna, where men’s head coach Herb Page serves as the director of golf.

“The golf teams were not using the course, and while their practice facility is at the same location, it is not affected by the closure or connected to the course,” Eric Mansfield, Kent State’s executive director of media relations, confirmed in an email. “The team will continue to play at Windmill Lakes in Ravenna and other area courses.”

Though Robinson said state schools do not face a penalty if they elect not to complete the financial assessment and send it to Chancellor John Carey of the Department of Higher Education by Aug. 1 of each year, he said he believes the Task Force on Affordability and Efficiency is the most appropriate way for institutions to lower the cost of attendance for students — even if it means selling or repurposing some assets.

“I think the overall mission of lowering costs per students is extremely important, and if a task force is the best way to focus specifically on that topic and directly create some recommendations that our colleges and universities can look at as a means of lowering costs for their students, then I think that is the way to go,” Robinson said. “Whatever is going to best allow you to reach that goal of creating a lower cost education for students.”