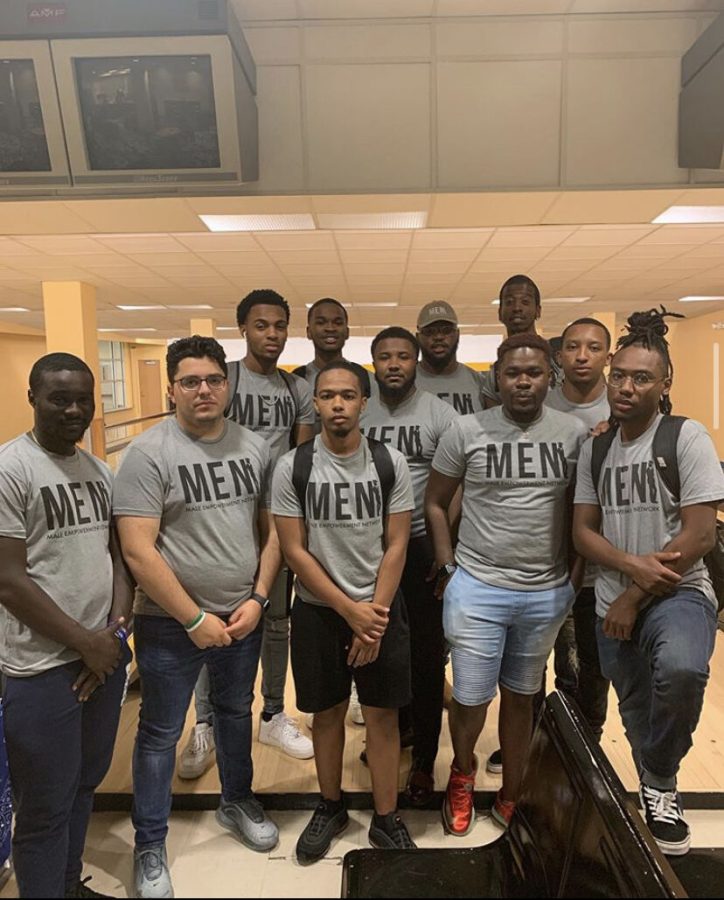 For many of us, imagining the entire span of ten years seems almost unimaginable. When the past year has felt like a lifetime, how can we imagine forging ahead? What possibilities lie before us? What dreams can we hope to celebrate and conquer? For Kent State’s Male Empowerment Network, celebrating ten years looks like documenting achievement through a virtual docuseries. The series illustrates a story demonstrating the kind of resilience it takes for an organization to create lasting change and the village of people there to support that change.

The Male Empowerment Network is an initiative in the Student Multicultural Center at Kent State University, which began in 2010. The docuseries trailer speaks to M.E.N.’s origins, the initiative’s value on Kent’s campus, and what the future may hold.

Mike Daniels, director of M.E.N., explains that the Male Empowerment Network begins with students. He also says the group can credit their endurance to student advocates that continue to “support the academic, professional, social, and personal development of men of color,” as their mission statement advertises.

In the latest installment of the docuseries hosted on March 9th, titled “Women Support Men of Color,” the spotlight is on the women who are the “backbone” of supporting the initiatives M.E.N. have pursued over the past ten years.

On women supporting M.E.N., current and former Sister Circle representatives Maya Sparks and Taylor West said what they valued most from their relationships with M.E.N. was the collaborative atmosphere. The two groups work in tandem to reach common goals, validate one another’s ideas, emotions, and struggles and overall, “being a listening ear to each other.”

Talea Drummer-Ferrell is the former director of the student multicultural center at Kent State and now the first Black dean of students at Kent State University. Drummer-Ferrell said in her congratulatory message to the group that the students of M.E.N. are “carrying a legacy, you’re carrying a torch, and I’m begging you to run with it and blaze a trail for many others who will come behind you.”

She continued her congratulations with a statement on how lucky she feels to have served the group. “To the Male Empowerment Network, I want to say congratulations on ten years now, ten years more, and forevermore. You carry the legacy of many people. You are your ancestor’s wildest dreams. I couldn’t have been more honored to have served as the director of the Student Multicultural Center for three years of your ten.”

The chorus of M.E.N. student members in the virtual event seemed to sing the same song: A harmony that hummed appreciation for the women in their lives that encouraged their endeavors. And now, as college students and young men of color, they say having women in positions of power to look up to and rely on is a comforting feeling. Director Daniels echoed this chorus, validating that same feeling of finding comfort in watching strong women “boss up by taking up spaces that weren’t necessarily carved out for them.”

These sentiments resounded beyond the chorus of members who appreciate the affirming vulnerability and reciprocating emotion of women around them. And in answering those singing praises, Drummer Ferrell said, “We have to be examples of vulnerability even when it doesn’t feel easy to be strong women, especially when adding a layer of professionalism.”

Shannon Ross, director of Sister Circle at the SMC, deliberated on what M.E.N.’s future can look like, despite the past year’s struggles.

“The relationships that I’ve formed with the M.E.N. [executive]-board from last semester, even though we didn’t do a lot in person and we weren’t really able to have a normal semester, the relationships I’ve formed with those men just from [our] little bit of time together just makes me think about what it could be when we get post-COVID, you know, whatever that looks like,” said Ross. “I’m just really excited to be able to do that work and to be able to support and advocate for Sister Circle and the M.E.N. and make things happen.”

In the coming weeks, M.E.N. will feature the series topics “Latino Engagement,” “White Allyship,” and close with “The Next Ten Years.” Sophomore Digital Media Production Major and student videographer for the SMC and office of Student Success Programs Ramone Hardy is the producer of each episode of the series. You can tune in for the final installments by registering here.