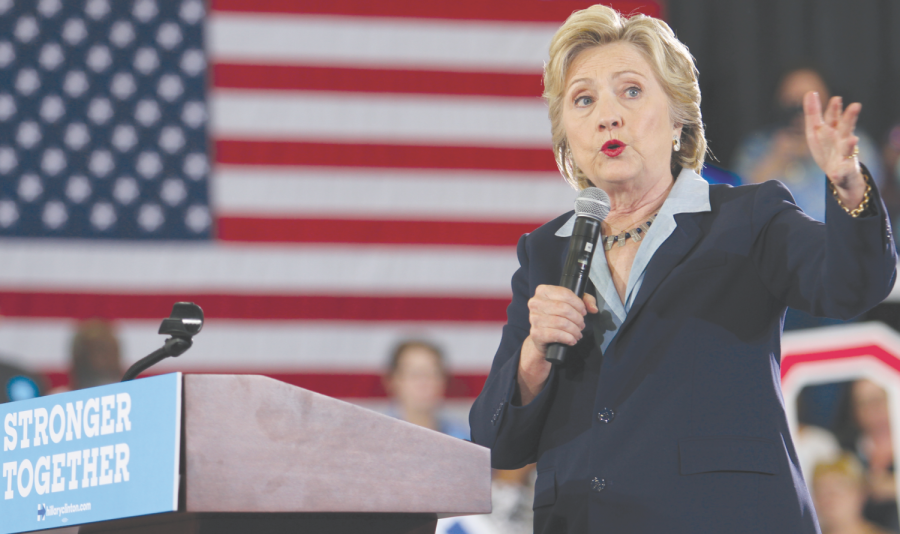 Hillary Clinton’s campaign may have come to a formal conclusion after her loss to now-President-elect Donald Trump on Tuesday, but her impact will play a leading role in Kent State academics throughout the spring semester.

Kent State’s Center for the Study of Gender and Sexuality and Women’s Studies program will offer the special topics course “Hillary Clinton Case Study: Perspectives on Gender and Power” in the College of Arts and Sciences.

Clinton won the nation’s popular vote in the presidential election, but lost the electoral college votes to Trump.

“This course is not a biographical course. It is a women’s studies course that employs feminist methods and gender theories to examine representations of women’s power through the lens of this historic election,” said Molly Merryman, director of Kent State’s Center for the Study of Gender and Sexuality. “Hillary Clinton is a compelling subject for this inquiry not only because she is the first women to (have run for) president as a major party nominee, but because she has a career in politics that is more than four decades long.”

Merryman and Suzanne Holt, director of Kent State’s Women’s Studies department and creator of the course, both agreed that Clinton’s level of visibility in the political arena led to her experience being chosen as one that can be representative of broader women’s issues.

“This election cycle revealed how significantly many Americans discriminate against women,” Merryman said. “Presidential nominee Clinton has been subjected to harsh criticism about her voice, her body, her clothing and other aspects that have nothing to do with her abilities, ideologies or political platforms.”

The course will focus on gender inequality as a whole, with Clinton being used as a representative figure of a broader societal issue.

“Women comprise 51 percent of the American population, but only hold 20 percent of Congressional seats. The U.S. ranks 98th in the world in terms of the representation of women in legislative positions,” Merryman said. “There are only 6 women governors, which is 12 precent of those positions. Women also only comprise less than 20 percent of mayoral offices. But, women fair better in politics than they do in business: only 4 percent of Fortune 500 CEOs are women.”

“Women in the public spotlight are judged — as women,” Holt said. “Our course is a case study; a big part of that study will be the prosecution of Hillary Clinton by the GOP, Trump campaign, evangelical spokespeople, pundits, political adversaries of every sort and what some have called ‘the murmurs and buzz’ of people posting, tweeting, chatting. We’ll also look at the defense.”

While Clinton’s 2016 election run will not be the sole focus of the class, it will have a leading role in the curriculum.

“The election will be our starting point because it is a crux: it’s when Hillary Clinton — the real woman — was gradually replaced by media representations that ranged from verisimilitude to age-old stereotypes to insinuating memes to vulgarity,” Holt said. “It’s also when the ‘woman factor’ became evident at the same time our inability to talk about it did. It’s also when the wide range of media and social media turned into a tablet, recording a log of feelings/thoughts — the splits in our American psyche.”

Erin Zaranec is the entertainment editor. Contact her at [email protected]