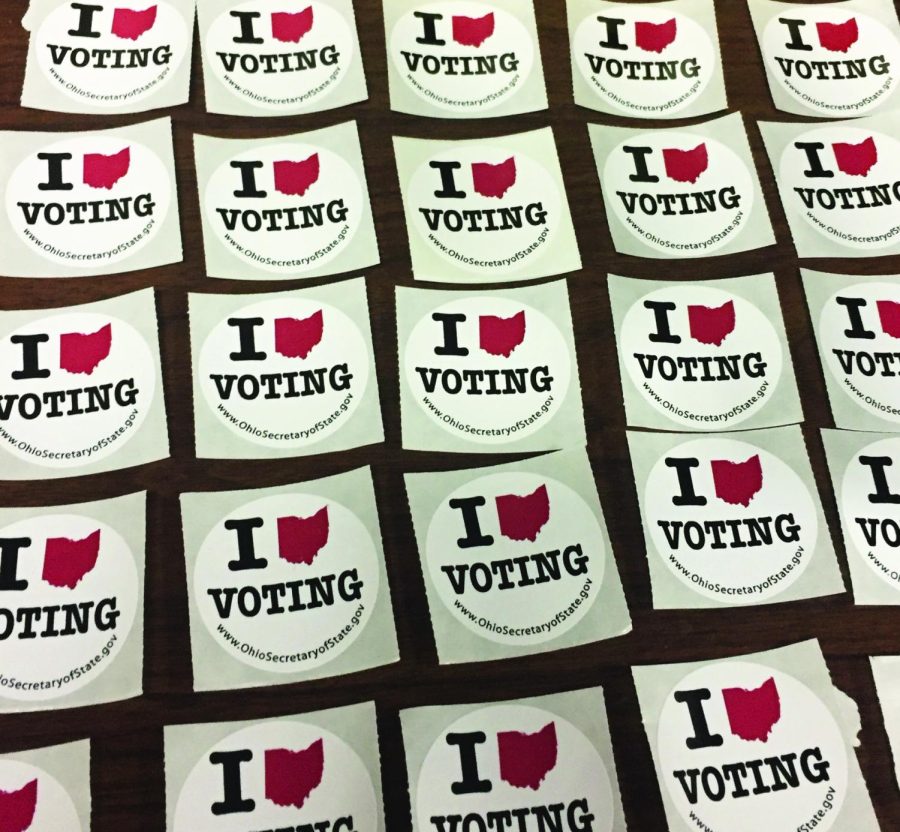 In previous years, Mickey Mouse was a popular write-in candidate on presidential ballots. But the famed cartoon may get more votes than ever this year, as many undecided voters are uneasy choosing between two candidates with historically low approval ratings.

In the 2012 election, thousands of Ohioans cast write-in votes, but a mere 37 of those votes actually counted.

That’s because in Ohio, contenders must go through a process to be an official write-in candidate on the ballot. While Gov. John Kasich wrote in Sen. John McCain of Arizona for president, and Ohio Sen. Rob Portman said he’ll write in Indiana Gov. Mike Pence, the Republican vice presidential candidate, both are ultimately casting a vote that won’t count.

Ben Hartnell, a high school teacher in Westerville, is a write-in candidate in 26 states. He started his campaign to teach his students about the election process, and it’s since evolved into a full-fledged grassroots effort complete with the slogan “lower taxes, more beard.” Hartnell, whose red bushy beard has become part of his image, said his campaign was a group effort, involving his students.

Requirements to become an official presidential candidate differ by state. Hartnell originally tried to get his name on the ballot, which requires 5,000 signatures, in Ohio.

This proved too difficult, but to become a write-in candidate in the state, he simply needed to fill out the paperwork and select 18 registered voters he’d choose as electoral college representatives if he wins the state.

Hartnell was the first write-in candidate in the state, and 17 others followed suit using the same process.

Joe Schriner of Bluffton is another write-in candidate from Ohio, along with James Bell, Michael Bickelmeyer, Bruce James, Barry Kirschner, Josiah Stroh and Douglas Thomson. Unlike Hartnell, Schriner’s been on the road researching and campaigning for years.

“As I continue to run, I talk about these ideas that we’ve researched in the hopes to plant seeds in people for them to try those solutions within their own towns,” Schriner said. “We know that one town at a time, we’re making a difference, so that’s what motivates us to keep going.”

Schriner’s a write-in candidate in 18 states. Ohio is one of 32 states that accept votes for write in candidates who have filed paperwork, while 10 states and Washington D.C. accept any written name, whether they’ve filed or not. Eight states don’t have the option to write in names at all.

“Even with some of the third party candidates out there, we’re so negative in terms of, ‘Well, you can’t win, you’re just throwing your vote away,’” Hartnell said. “In order for that type of perception to change, and that kind of thinking to change, people have to start voting outside of the two major parties.”

With Election Day just days away, though, it’s unlikely perceptions will change in time to elect a write-in candidate.

In fact, Charlene Lustritz, a presiding judge over the polls in Aurora, said many people hardly know about write-in candidates at all. In the nine years she’s worked polls, she hasn’t had anyone ask for a list of write-in candidates.

“I just wish people would take it more seriously instead of saying, ‘Oh I’m going to write Mickey Mouse in,’” Lustritz said. “If people would think twice about it, if they don’t honestly like who’s running, that’s your chance.”

Theresa Nielsen, the deputy director of the Portage County Board of Elections, said of the 6,400 ballots they’ve received so far, only about 30 included write-ins.

But if you can’t stand voting for either Clinton or Trump, anyone can ask for a list of write-in candidates from their local board of elections on Election day.

For a write-in to count as a vote in Ohio, the name must be registered and both the presidential candidate and their running mate must be written down.

While misspellings can potentially not count in certain counties, Nielsen said Portage County does its best to decipher names.

In the meantime, write-in candidates will continue their final push for a shot at presidency – even if it means hitting the campaign trail next election season.

“Whatever they teach you at Harvard and Yale must not necessarily equip you for dealing with the issues,” Schriner said. “Maybe it’s time to pick a small town, common sense guy.”