Pressure is too much for Beckham 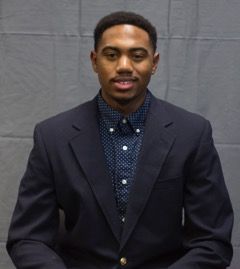 New York Giants star wide receiver Odell Beckham Jr. is not shy when it comes to the spotlight. He is known for his flashy style of play and strong fashion sense, which, given his production, backs up his grand lifestyle.

Beckham has yet to have a touchdown reception this year, but the strong-handed veteran already has caught 22 passes for 303 yards. While Beckham’s memorable catches have thrust him into the spotlight, his charm and love of pop culture made him an even hotter commodity to the general public.

Now it seems all his stardom has finally set him over the edge, as Beckham’s temper has become a growing concern for him and the Giants organization as of late. Between kicking down field goal nets, slamming his helmet and fighting with teammates and opponents, Odell has seemed to lose his poise.

He needs to regain it quickly before becoming an even bigger target.

Some would feel sympathetic for Beckham, claiming that it is unfair he is constantly being picked on and the media just refused to leave him alone. Others beg to differ and feel no sympathy for him.

I, for one, carry no sympathy for the wide receiver.

He decided to relish for the limelight, and this is a consequence of being a superstar. As a superstar, you have to expect the best from every defensive back. No one is going to lie down and let you have a field day every Sunday. Football is an ultra-competitive game, and maybe Odell is forgetting that.

Odell opened the world up to his personal life, and if you want to stay out of the mass media and the scrutiny that comes with it, then maybe hanging out with Drake and the Kardashian family isn’t the way to go.

Beckham’s lavish lifestyle has opened too many doors for negative criticism. For Odell to say that he is no longer having fun playing football is embarrassing. Football isn’t meant to be fun when your team is losing, especially when it’s getting embarrassed as the Giants did against the Minnesota Vikings on Monday Night Football.

If the pressure of being a superstar in the NFL is too much for Beckham, then he ought to retire and consider a reality television career to make his money, because football just isn’t the game for him.

Those who lose their head and don’t remain focused on the game get hurt. Football is too intense of a sport to be as childish, as Beckham has been as of late.

Josh Norman of the Washington Redskins should win some type of award for sending Beckham over the edge and setting a standard for teams to let him play himself out of games. If Beckham doesn’t find his love for the game and his head quick, he might have let Norman play him out of the league.

My advice to Beckham? Quit being soft and play the game.