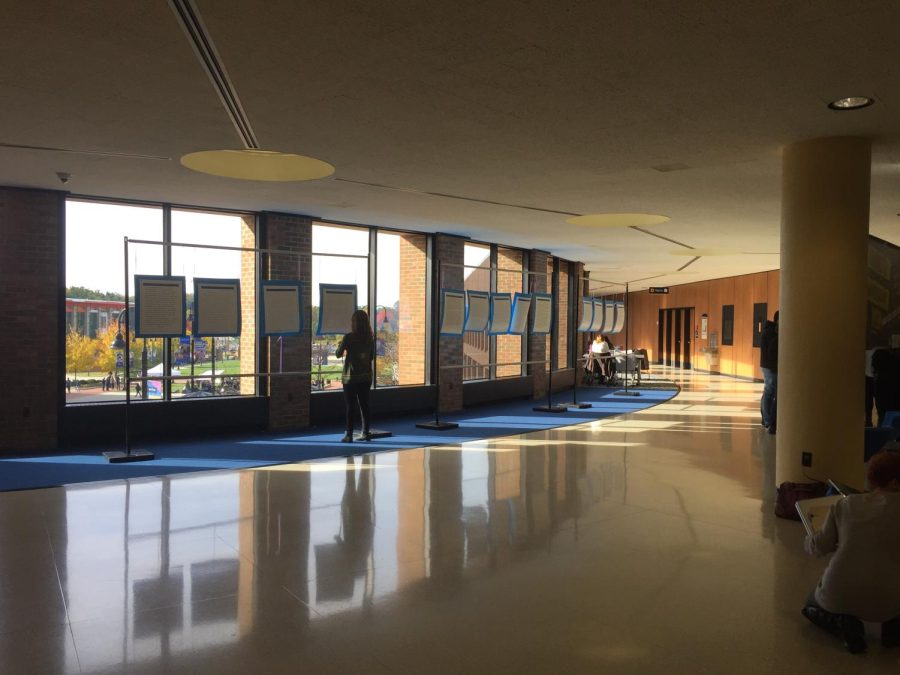 Students Against Sexual Assault (SASA) demonstrated Monday for the third time in the last two weeks.

There are 13 hanging signs in the second floor of the Student Center, each one recounting the experience of survivors of sexual assault. Each bears the heading “It wasn’t sex, It was assault,” in coordination with the continuation of the theme of consent in their protests.

Members of SASA will be reading the detailed recollections every hour, on the hour until 5 pm, according to Vice President Liz Schmidt.

“I know there are so many more survivors out there,” said Schmidt, referring to the 13 personal recollections submitted via a Google Form over the last month. “If I could do nothing else, empowering survivors [of sexual assault] is my goal.”

“I’m so blown away by these people’s willingness to speak out and help create change in the future,” said Schmidt. She refers to a “culture of secrecy” that prevents our society from talking about sexual assault openly.