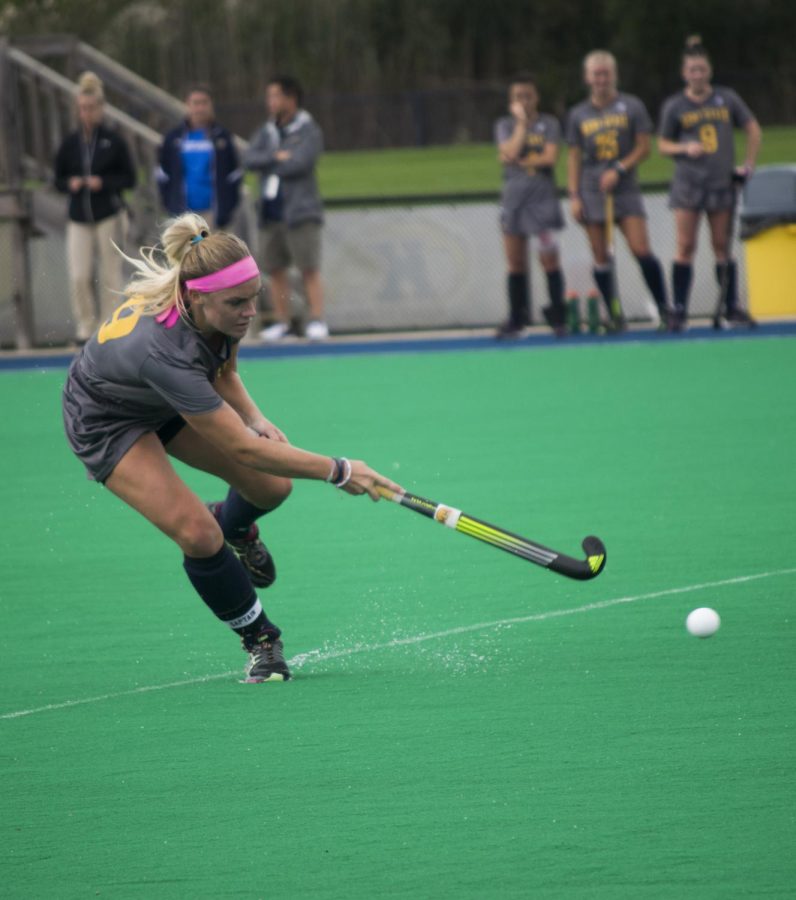 Senior forward Madison Thompson passes the ball to a teammate during a game on Sunday, Oct. 2, 2016.

The Flashes played an incredibly well-organized defensive game Sunday, holding CMU to just two shots for the entire day, both of which came in the second half.

This trouble would not be shared by both teams, however, as Kent State fired away taking 31 shots, 8 of which came from Flashes’ leading scorer, redshirt-junior Alison Harmatz.

Harmatz would score back-to-back goals; first with just seconds to go in the first half, second in the very beginning of the second.

The game would also be lopsided in terms of penalty corners as well. Kent State would obtain 13 of them throughout the game, while Central Michigan would only get one.

Kent State’s first goal of the game happened within the first two minutes, when junior Shannon Talbot scored off of an assist from fellow junior Jessica Nesbitt.

Brandon Busby is a sports reporter, contact him at [email protected]