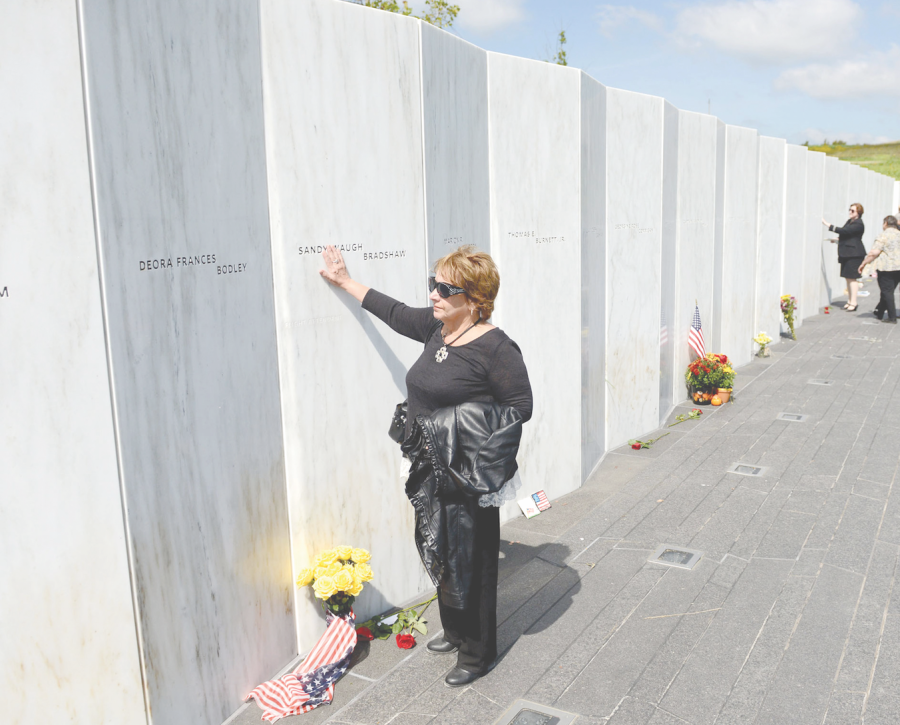 For 15 years, these two simple words have told a story that is now woven into every star-spangled banner snapping in the wind.

The inevitable interrogative is commonly asked following mandatory moments of silence on 9/11.

This year’s remembrance marks a unique time in history. Most high school freshmen were not born when just under 3,000 people died in coordinated terrorists attacks in New York, Virginia and Pennsylvania.

Most students at Kent State were old enough to be alive at the time, yet still too young to fully understand the implications of what they were witnessing.

“I was sitting on my couch watching what was going on, but I was so young I didn’t fully understand what was happening,” said Jordan Fritchman, a junior finance major. “But I remember the look on my parents faces and how … disappointed and scared they were. So I knew something was wrong, I just didn’t actually know what.”

Fritchman was in kindergarten when the planes struck the two towers. In another elementary school that day, Denise Evans was working as the secretary to a principal. Evans is now the administrative secretary at the Center for Student Involvement.

Evans said the staff’s priority was protecting the children and navigating the difficulties in letting the students go home early.

“Because we didn’t want to send them home, because a lot of children don’t have a place to go, because their parents are working… we were holding everybody until it was time to go home, but a lot of them left,” Evans said.

A significant change in post-9/11 American life has been the convolution of air travel.

“As a former air traffic controller, I understand that a significant change has occurred over the years,” said Jason Boergerhoff, an assistant professor of Applied Engineering, Sustainability and Technology. “Yes, there are the ever-present financial matters associated with air travel … but there seems to be a sense of camaraderie that was lacking before 9/11. It was a horrible catalyst, but 9/11 brought most of us closer together.”

Previously, screening was the responsibility of each individual airline. Now, boarding passengers must pass all identification requirements, be screened for prohibited items and, on occasion, submit to pat downs or full-body scans.

Items now prohibited during flying include (among many others): liquids, (unless under 100 ml), spillable batteries, compressed gas cartridges, lighters, flammable paint, chlorine, scissors (unless in checked baggage) and golf clubs, according to the TSA website. The final say on items is under TSA agent discretion.

Nicholas Hunter contributed to reporting for this story.