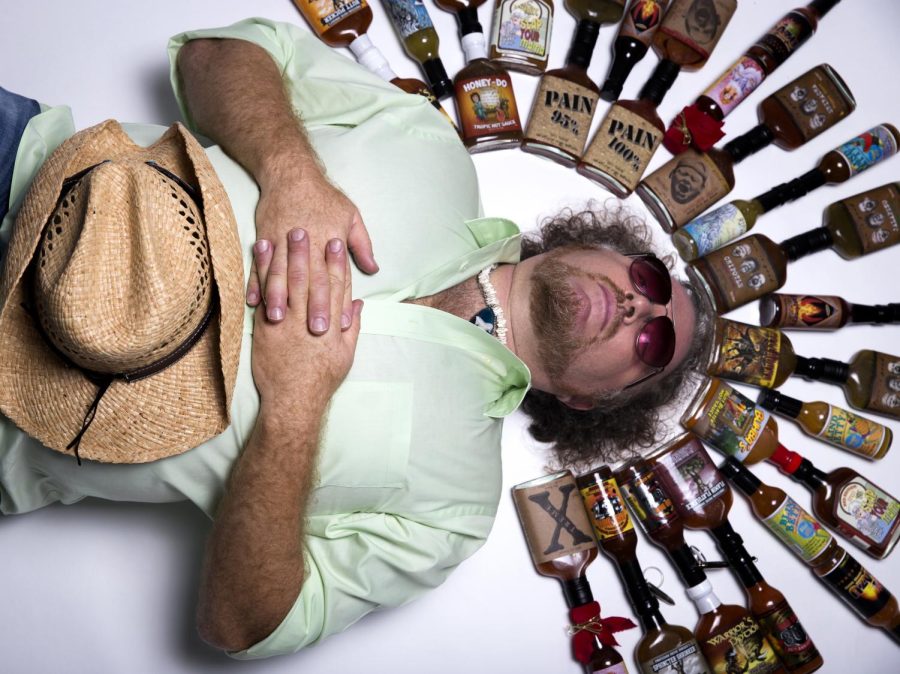 In 1976, a young Anthony Vander Horst was helping his aunt and uncle at his grandfather’s orphanage in Syria when a missile came through a window, just three floors below him.

“We most likely would’ve been killed, the orphans and all my family,” Vander Horst said. “We believe it was by the grace of God that we are alive.”

Years later he is teaching his sixth year of criminology at Kent State and running Dr. V & G’s Sauce Shack, a hot sauce store he co-owns with his friend and fellow assistant professor, Greg Gibson.

Between filling up hot sauce bottles and explaining criminology to freshmen, he hopes that he will be able to see his uncle in Syria again.

A family in war

Vander Horst was born and raised in America. His mother escaped Syria with her siblings in the mid-’50s after being sent away by Vander Horst’s grandfather and lifelong Baptist missionary, Abrahim Brake.

Brake was later murdered by six men, sent from the Syrian government, who dismembered his body and threw it out into the mountains. The murder was committed in his own orphanage, the very one that would be struck by a missile years later.

“My grandfather knew that the Middle East was going to be a hot zone for war, so he sent my family to the (U.S.) to avoid what he believed would be a horrendous war,” Vander Horst said.

Growing up in Colorado, with a few stints of homelessness and Venice Beach, Vander Horst gathered enough funds to earn degrees in criminal justice and political science.

Originally planning on going to the District of Columbia, Vander Horst found himself in Kent doing research for the university. Shortly afterward, he got a teaching position.

Despite being bred the American lifestyle, Vander Horst couldn’t help but feel the sting of his Syrian roots. A lot of his family still remains in the war zone, devoted to spreading the Christian word, just like Brake. Some are exiled in Canada.

According to Vander Horst, his mother’s cousins tried to escape with their children a year ago with help from the U.S. They were turned away at the French airport, however, because one of the children’s passports wasn’t complete.

“The parents were captured by ISIS, and to this day we still do not know where they are,” Vander Horst said. “We believe that they are no longer living, but we do not have proof yet.”

Beyond the war: Life in Kent

For someone like Vander Horst to endure such traumatic events within his own family, and remain optimistic, intelligent, healthy and passionate, shows a special type of individual, Gibson said.

“Things that drew me in about Anthony is that he’s thoughtful, caring and one of the best social psychologists I know, even though he is not one,” Gibson said. “He is a great role model as a professor and individual.”

The two met while teaching together in Merrill Hall at Kent State. Their friendship eventually evolved into weekly fish runs to Mike’s Place, walks to the grocery store and shoe shopping.

Earlier in the year, Vander Horst jokingly brought up the prospect of owning a hot sauce store in Acorn Alley.

Soon, what was once a ridiculous idea turned into Dr. V & G’s Sauce Shack, which contains hundreds of different hot sauces from all across the U.S. The store also offers sauce containing the hottest pepper in the world, the ‘Smokin Eds Carolina Reaper,’ which is 2.3 million Scoville heat units.

“It’s a business I particularly enjoy, especially working alongside with Anthony,” Gibson said. “He is honest, and that is a good trait to have in a business partner.”

“I really do enjoy working at the hot sauce,” said James Kennedy, a nephew of Vander Horst. “He is a great guy to work with, he definitely knows what he is doing. He taught me all about the different peppers and sauces. He is a great teacher.”

Despite his business, Vander Horst leads what one would call a typical Kent life. He attends local concerts, gets involved with events downtown and is regularly on campus.

As for his family in Syria, he remains optimistic through his support system with the surrounding Arab community.

“A lot of (the Arab community) take my classes, and I enjoy speaking with them about different topics,” Vander Horst said. “It’s very encouraging.”

As for the future, Vander Horst plans on continuing his life at Kent State, despite his wife living in Columbus.

Rachel Duthie is a features correspondent, contact her at [email protected]