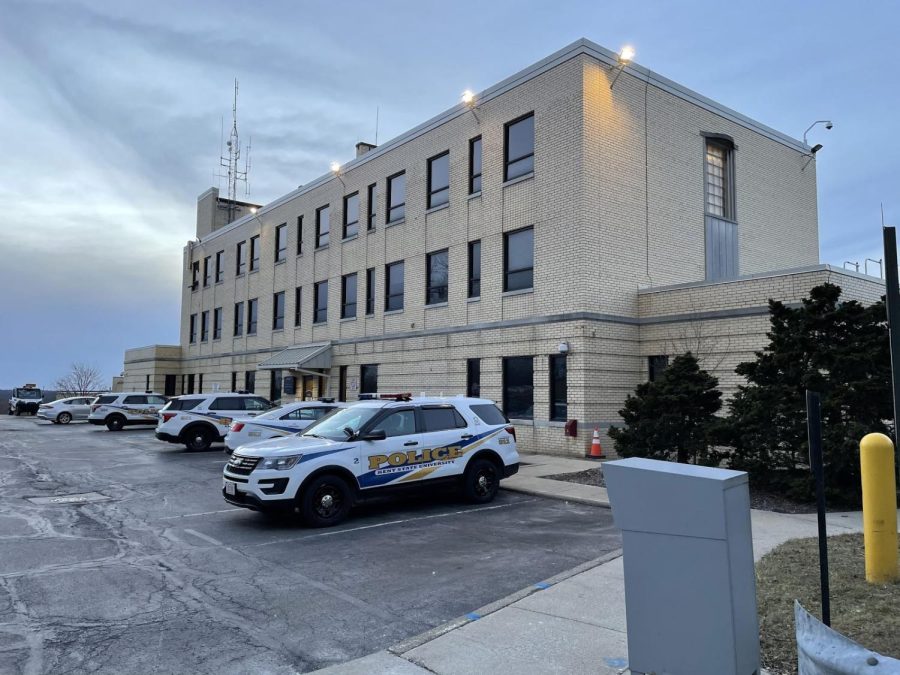 Campus police have tried implementing several methods and programs to connect with marginalized students; however, both parties felt unsatisfied.

In light of the global movement of Black Lives Matter, there has been a call for change in many people departments and Police Services at Kent State is no exception.

“I don’t feel supported by campus police,” said Karey, a Kent State junior majoring in psychology who declined to give their last name. “Especially after what happened at the rock, I felt that they didn’t have solid solutions to make sure that everyone felt welcomed.”

Over the years, campus police has been involved in programming directly aimed toward students of color.

“It’s important for students of color to see another officer of color,” said Michquel Penn, the patrol sergeant for campus police. “We want to ensure that students feel represented in their community.”

Community Resource Officer Tricia Knoles is in charge of fulfilling the department’s outreach goals. One program that helped officers become more connected with students was “Coffee with a Cop.”

These get-togethers allowed campus police to visit multiple locations around the university, like the University Library and the Student Center to show visibility for students.

“We saw we were talking to almost 300 people from these events,” Knoles said. “However, we wanted to be more intentional about this program, so we started hosting venues that were more targeted.”

One of these targeted venues was the LGBTQ+ Center. There were also plans to expand this program to the Women’s Center and student organizations like Black United Students, she said. However, due to COVID-19, these plans were ultimately halted.

The department also uses Community Resource Officers (COPS). COPS are assigned to specific residence halls and academic buildings on-campus. The assigned officer then dedicates one day out of the week to patrol the halls to strengthen community building with students.

However, it is unclear if these initiatives are successful.

“I barely see them around,” said a Kent State student majoring in public health who wished to remain anonymous due to privacy. “I feel like I only see them on patrol sometimes.”

Both students and the department feel that there is a clear disconnect between one another.

“I think our engagement needs improvement,” Sgt. Penn said. “It’s not intentional enough. We could be doing more to engage the Black student population.”

Previously, the department worked with the Student Multicultural Center and several of its programs to help engage with the Black student population. These programs include Sister Circle, Male Empowerment Network and Kupita/Transiciones.

The department now aims to coordinate with more students to identify ways to improve safety on-campus.

“We want to listen to the students and hear what they need to say, along with their experiences,” Sgt. Penn said. “We then want to find the best way we can support them.”

One suggestion that was made during this meeting was for campus police to develop enhanced training related to cultural competency. This year, the department will be working to update its current bias training to reflect this suggestion.

“We wanted to address questions like, ‘Why are Black people so mad? or ‘Why does everyone keep talking about racism?’ and explain the impact and how it affects those communities,” said officer Diane Dudizak, who will facilitate the updated version along with officer Robert Wilson.

The officers of campus police have also been engaged with university-wide efforts in addressing racism on-campus to actively advocate for marginalized identities.

Sgt. Penn is an active member of the Anti-Racism Task Force, specifically the “Safety and Security” subcommittee. The task force was developed following the aftermath of the rock incident that took place last semester.

“I know that people are frustrated, especially since it’s been going on for so long,” Sgt. Penn said, “but I can say that the university and some of our officers are passionate about this issue and want to see change.”