Watson is key prospect to watch for Browns fans 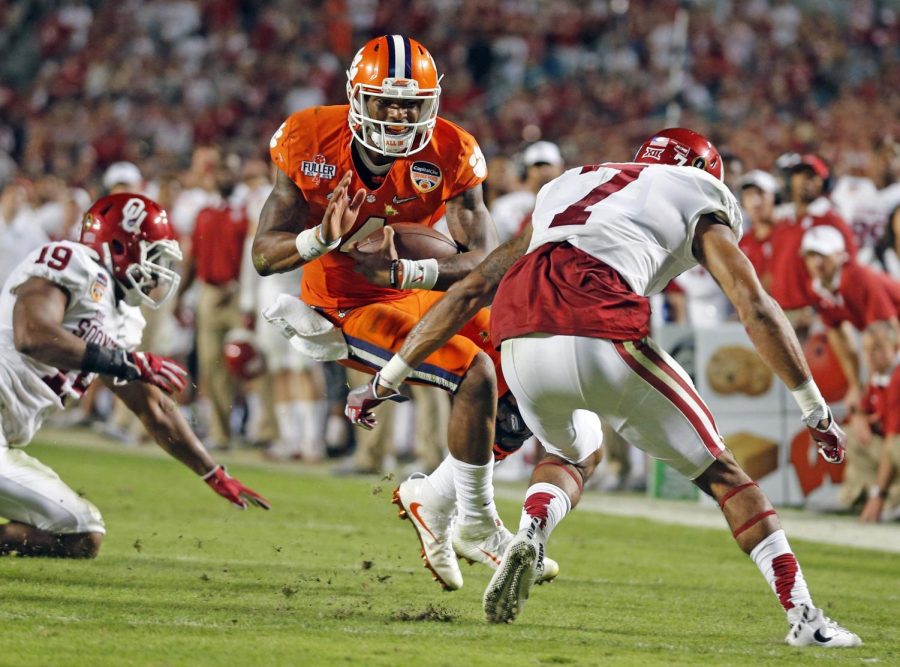 Heading into the NFL regular season, the Browns have five major points to be excited about.

The first is that Josh Gordon is back for the final twelve games of the season and as long as he stays out of trouble off the field, he should be a perennial Pro Bowler for years to come.

The second is that Robert Griffin III has shown flashes of why he was picked second overall in the 2012 NFL Draft.

Coleman is a first rounder that has the potential to be a nice asset for the quarterback of the future, and Terrelle Pryor has potential. Both are valuable weapons in an offense with firepower.

The fifth and final bright spot for this year may — ironically enough — come in the form of another losing season.

Despite one of the NFL’s best linemen in Joe Thomas or highly-touted coach Hue Jackson, it’s almost certain that the Browns will yet again have another high pick in the draft next year. In addition, they also own the rights to the Philadelphia Eagles first round pick, a selection that given Philadelphia’s diluted roster, will be early in the draft.

Whether it is by lack of talent or via trade, the stars seem to be aligning for the Browns to have the top pick in the draft next year.

Browns fans are so accustomed to picking high in the draft, they’ve arguably become the most tapped in fans when the late April event rolls around. I’ll save everyone some time and introduce your quarterback of the future: Clemson quarterback Deshaun Watson.

As a Clemson football fan of nine years, I’ve been able to watch the rise of what once was a laughable football program. With all due respect to Tajh Boyd, who holds virtually every passing record in Tigers history, no player deserves more credit to the program’s recent success than the junior quarterback Watson.

After only 24 collegiate games, the stats are there. He split time his true freshman year with then-senior Cole Stoudt. Watson was able to separate himself, but ultimately injuries prevented him from getting Clemson to where it wanted to be.

Last season, Watson became the first player in college football history to throw for 4,000 yards and rush for 1,000 yards. More impressively, he did it as a true sophomore.

Watson also passes multiple versions of the eye test. I’ve been taken aback by his poise since he was a freshman; his skill is evident, but the leadership has also been there since he first stepped into Death Valley.

He’s not a perfect prospect; no one is or ever will be. Coming off the season he had, which included finishing third in Heisman voting, an Orange Bowl win and a great individual performance in the College Football Playoff National Championship, expectations will be high. High expectations often end in disappointment, but I offer this reminder to Browns fans: it’s important to remember there are traits that make or break a quarterback.

Watson showed in his first game of 2016, a 19-13 win at Auburn, some of what to expect. It wasn’t his best game, but when it came down to it, he made plays when it mattered most.

When the Browns become increasingly harder to watch on Sunday’s this year, I suggest Cleveland fans turn their attention to Saturday’s when Deshaun Watson is carving up defense after defense to work his way into the No. 1 overall pick.

And, if the Browns and/or Eagles are bad enough, Cleveland will be the ones to call his name.