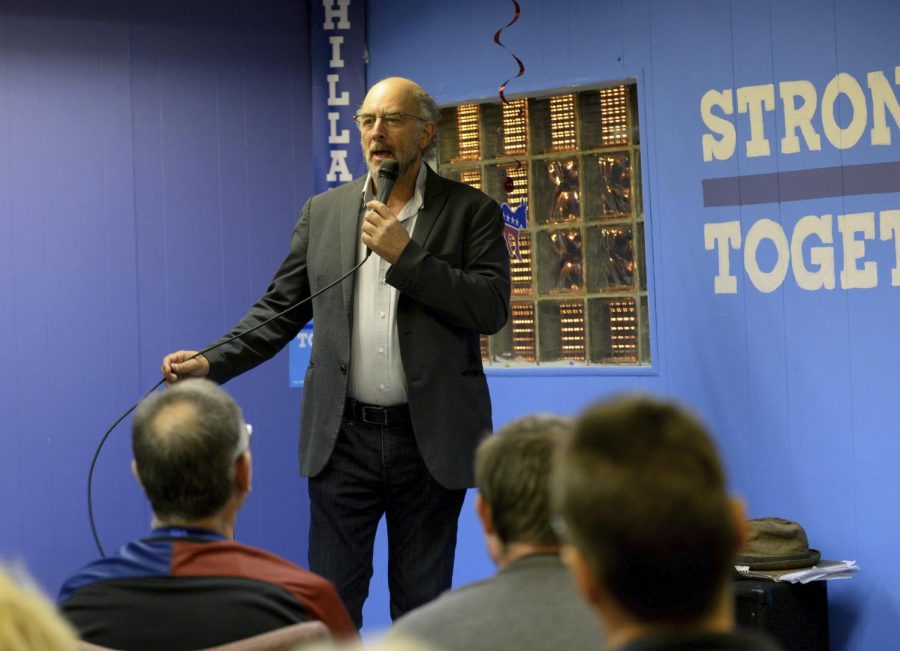 Schiff, who played Toby Ziegler in the NBC drama “The West Wing,” said that local politics are important to advocate for, especially in a swing state like Ohio.

“The battle is going to be a real battle,” Schiff said, addressing local volunteers for the Clinton campaign. “Which is why all you people who are working so hard to volunteer to help out are so appreciated and we are so grateful … The burden falls on you guys.”

Growing up in the ’60s during the Watergate Scandal and the Vietnam War, Schiff said he originally had little faith in the U.S. government. That changed after he worked on the set of “The West Wing” and talked with other people on the show.

“Rosa Parks had sat on the bus one year before I was born,” he said. “My grandfather was excluded, being Jewish (and) being in Brooklyn. He had to go into being a gangster in order to survive.”

Now, Schiff said his faith in government has been restored.

“I just think about how much change there’s been,” he said.

“I always thought that when I retired I would get somehow involved in politics,” Killius said. “This seemed like the perfect opportunity to do something that I believed in and thought worthwhile.

“Donald Trump scares the heck out me,” he said. “I think that when he says ‘make America great again,’ he actually means, ‘make America white again.’”

Killius said local politics are important because they expand from city level to state level, and that is where important decisions about education and other programs are made.

Kerrigan said it is important to locally establish a bench of Democratic candidates to advocate for the Democratic Party and help it become stronger.

Schiff also commented on the young vote. With Kent being filled with college students, he said the importance of their vote is easy to see.

“Many of them are Bernie supporters and have understandably become disaffected in a way,” he said. “If they turn out, then Hillary wins the election.”

Schiff said that Clinton has a good chance of winning the election but told volunteers that they still have to work hard.

“This is going to be a tough fight,” he said. “A really tough fight.”