Lil Wayne walks away from rap 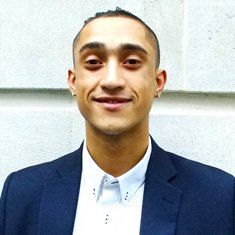 Mounting personal, legal, and health issues have gotten the best of the Young Money Entertainment and Trukfit Apparel founder, forcing him to call it quits.

In the early morning hours of Sept. 3 Wayne took to his Twitter page to announce his formal retirement from the rap game. He goes on to say in his tweet, “I am now defenseless and mentally defeated and I leave gracefully and thankful. I love my fans, but I’m done.”

Those are tough words to hear from a living legend in the new generation of rap, an individual that current rap stars like Young Thug and Migos have admitted to taking a liking to.

He’s an individual that has blazed a trail for new artists to embrace their individuality, whether it be with their flows, fashion, or attitudes. Lil Wayne was always someone who was never afraid to be himself since emerging on the scene in the late ’90s.

Beginning his mainstream career in 1999 with the New Orleans-based group The Hot Boyz, Wayne quickly became a household name with his debut album, “The Block is Hot.” It sold over a million copies in his debut while going platinum in the process.

From there, the rest is rap history. His high-pitched voice, genius wordplay, catchy melodies and flamboyant attitude made for a once-in-a-generation talent — a talent that would see his peak run last until the late 2000s when he began running into trouble with the law.

In 2010, Lil Wayne was sentenced to one year — and only served eight months — at Rikers Island, New York, for felony gun possession charges, a mandatory minimum sentence in the state of New York. These two years behind bars derailed Wayne’s momentum as an artist, stifling his motivation to create.

Along with his legal issues, Wayne has been struggling with his addiction to promethazine and codeine cough syrup for years, an addiction that has lead to multiple seizure episodes and close brushes with death. His constant struggle to remain healthy can also be contributed to Wayne’s downfall from rap’s Mt. Rushmore.

Last, but not least, the straw that broke the camel’s back: the falling out with mentor Bryan “Birdman” Williams in 2015. The relationship that spanned over 20 years was severely strained over millions of dollars in back pay owed to Wayne.

Wayne spent the majority of the year fighting his mentor for the exclusive rights to the much anticipated “Tha Carter V” album.

It’s battle that he appears to be still fighting, a battle that may have put the fork in his career.

Lil Wayne is an extraordinary talent, and we can only hope that his absence from rap is short-lived.

Israel Galarza III is a columnist, contact him at [email protected]