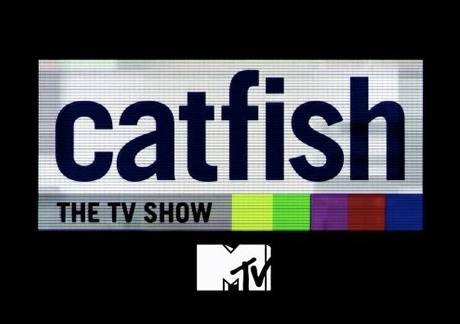 After five seasons, “Catfish: The TV Show” is looking to expand its casting to include more college students. The show, which first aired in 2012, focuses primarily on romantic relationships that begin and flourish online – usually with one member of the relationship masking their identity with a fake online persona.

The casting team began college outreach in season 3 of the show and is revisiting the idea for season 5.

”The demo is the sweet spot for what we want,” said Mike Esposito, the show’s casting director. “When you think of a college student, you think of someone who is getting a higher education and is book smart, someone who would not be involved in a situation like this. It’s really the wow-factor.”

For upcoming seasons, the casting team is hoping to shift the focus from romantic relationships to other online scams. While catfishing is nothing new, the types of catfishing seen by the show have evolved.

“We have had people who meet in online support groups just to get some advice from someone, they aren’t looking for anything romantic at all,” Esposito said. “We are also looking for things that are a bit more serious in nature, such as people creating financial scams and setting up fake GoFundMe or fundraising accounts.”

For one Kent State alum, Catfishing is a virtual phenomenon that hit very close to home.

Allyssa Griffiths, a 2015 graduate, was used as a Catfish and cyberstalked for five years before she began finding profiles under the persona ‘Lauren Ashley Cook’ using her images and even duplicating conversations from Griffths’ personal pages.

The cyberstalking began in 2007, five years before “Catfish: The TV Show” became a mainstream pop culture show on MTV.

“After I realized what was going on and how long it had been going on for, I stepped back and realized that … every time I posted something about my family, my animals, every relationship I had and details of my friendships … someone was watching me every day for five years and taking my things,” Griffiths said.

With the tools, resources and knowledge about social media that is at our generation’s disposal, some may believe that Catfishing is a problem that should fade over time.

However, Manfred van Dulmen, a Kent State professor and associate chair at the Department of Psychology, views the phenomenon as an issue that will

In his research of adolescent and young adult relationships, one thing seems to be a key factor: loneliness.

“Emotions are definitely a tie into this. In studies of college hook-ups and one night stands, we find that college-aged students are usually participating in this behavior with someone they know,” van Dolmen said. “Catfishing is fairly common. College-aged students are a vulnerable group because we find that (this age group) doesn’t want to feel alone. So, if they feel as though they really know someone, that will play a part in (being in a Catfish situation).”

Esposito also said the show still sees an average of 100 applications a day from people seeking the show’s help. Esposito said applications range from people being Catfished, to people who are being used as a Catfish and even ex-partners seeking out contact with someone from a previous relationship.

“It’s amazing when you step back and think ‘how in the world could this be happening to someone?’ This question always pops up in our heads but there is no real answer. Once emotions get involved … the blinders come on … and what we try to do is take those blinders off and what’s what,” Esposito said. “The show is not to exploit, it’s to help.”

Any Kent State students who think they may be getting Catfished can apply for upcoming seasons of the show by visiting www.catfishcasting.com.

Erin Zaranec is the entertainment editor, contact her at [email protected]