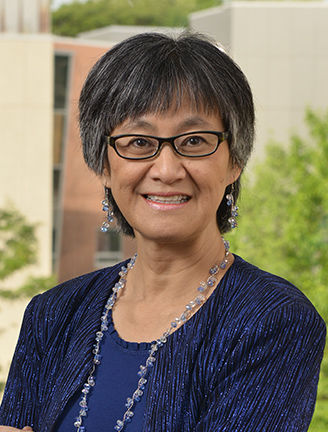 Dr. Ratchneewan Ross, associate dean of Kent State’s Ph.D. program and director of international initiatives at the university’s College of Nursing has been selected to be inducted as a Fellow of the American Academy of Nursing.

Prior to launching an international career in the healthcare field, Ratchneewan Ross had her sights set on pursuing engineering.

“My parents—who knew me better than myself—were the ones who persuaded me to go into nursing,” Ross said. “They knew that I love to be with people and I like to help others.”Now director of Kent State’s Ph.D. program and director of international initiatives at the university’s College of Nursing, Ross has specialized in researching the emotional and physical health in women prone to extreme stress, trauma and depression, as well as those who are HIV-positive.

Ross began her nursing career in Thailand as a midwife and clinical instructor for Khon Kaen University, a public research institute, in the mid-’80s.

While caring for HIV-positive women and their newborns at a postpartum unit, Ross witnessed firsthand the damage women endure and needs they require in the face of suffering from the disease.

“From that point on, I have researched mental health issues of HIV-positive pregnant and postpartum women in Thailand, along with their physical health,” she said.

Using the experience gained by working with HIV-positive women, Ross—along with a team of researchers through the National Institutes of Health—developed a sexual violence assessment and care guide called SATELLITE.

“Findings in our HIV-positive, postpartum women are being used now to urge U.S. healthcare providers to provide screening for depression in HIV-positive perinatal women so that clinical depression can be treated earlier, preventing a faster progression to AIDS,” she said.

Taking the research she and her team conducted in Thailand, Ross joined the Kent State nursing community in 2002.

“I have been motivated and inspired by my colleagues both inside and outside the College of Nursing,” Ross said. “Their high-quality work and scholarly and creative thinking have helped inspire me to reach the best outcomes for our patients and students.”

Working in the international sector of the College of Nursing has enabled Ross to educate aspiring nursing students from around the globe in finding academic success.

The dedication Ross has put into her academic work and teaching around the world and at Kent State has resulted in her recent selection as a Fellow of the American Academy of Nursing.

The academy is a 2,400-member organization made up of Fellows—such as university presidents, chancellors and deans, state and federal political appointees and researchers—in the healthcare and nursing community who have demonstrated exemplary accomplishments to the field throughout their career.

“It is a real privilege to be recognized for my national and international research contributions,” Ross said. “I feel this honor does not reflect my accomplishments as an individual, but exemplifies the exceptional job Kent State … and the College of Nursing have done to support faculty members.”

Ross is one of only 167 nurse leaders to be inducted into the academy this year, according to a June 27 university news release.

“Selection to the academy is one of the highest honors in nursing,” Broome said in the news release. “We are very proud of (Ross’) accomplishments and are pleased she’s receiving this well-deserved honor.”

Ross will be inducted into the academy this October.

Alex Delaney-Gesing is the administrative reporter, contact her at [email protected]