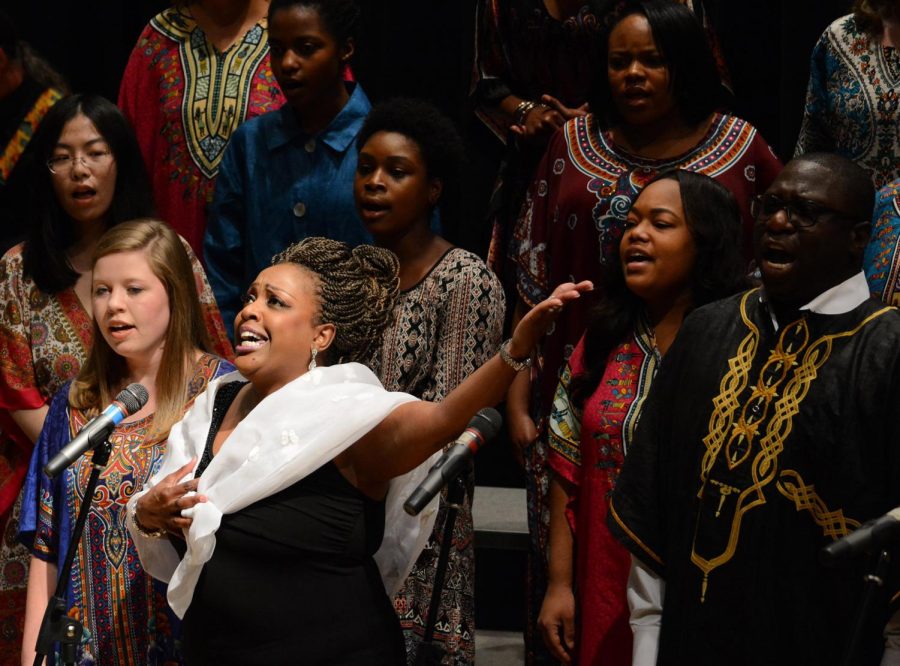 The Kent State University Gospel Choir (KSUGC) wrapped up May 4 events with its annual spring concert on Wednesday evening.

At the open of the concert, Walker said, “We put God first, they tell me not to say that, but it’s true.”

Walker then dedicated the concert to the victims that were lost on May 4, 1970, in the shootings here at Kent State.

“We want to dedicate this concert to those who were killed here and at Jackson State University, my Alma mater,” Walker said.

Lalah Sullivan and Megan Hamula, members of the choir, spoke about the dedication and about the events which took place at Kent State and Jackson State in 1970.

Gerri Drone-Law, parent of one of the gospel choir members, attended the concert for the first time to support her daughter, Geriece Drone, a junior criminology and justice studies major.

“I appreciate the commemoration before the concert,” Drone said. “It’s too important of an occasion to not acknowledge it,” she said.

There are 28 choir members who sing in the gospel choir. The ensemble has always and continues to be open to community members, faculty, staff and students of any major, age, sexual orientation, religious belief, race or ethnicity and even includes one child.

The audience was also quite diverse, with over 100 people in attendance.

“I love the mix of community members and students,” said Drone. “ It seems to be a very diverse group.”

The title of this year’s spring concert was “Bless Me.” After the choir sang “Bless Me, Prayer of Jabez,” there was a 30 second moment of silence for the victims of May 4.

Keri Richmond is the religion reporter for The Kent Stater, contact her at [email protected]