Baseball takes down YSU at home 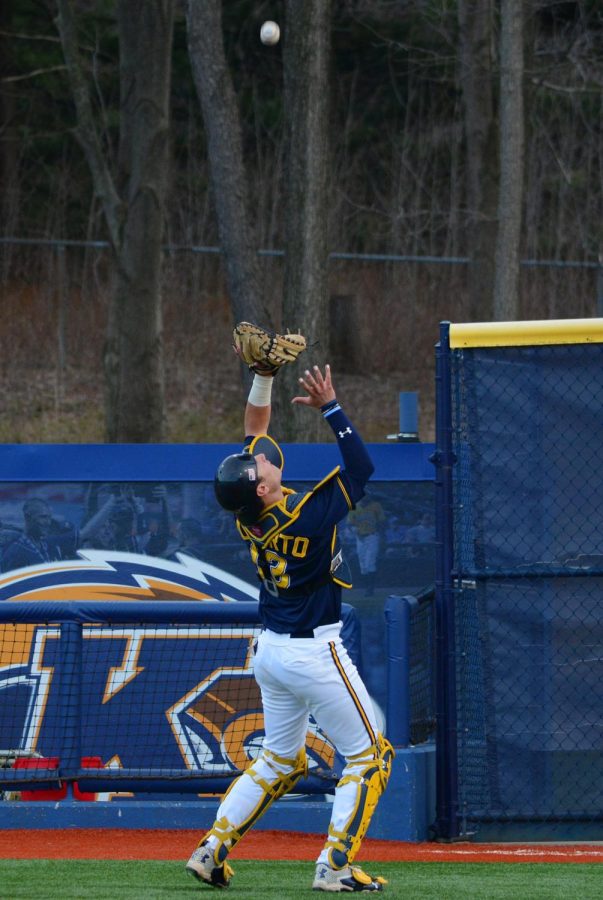 Last time the Youngstown State Penguins were at Schoonover Stadium the Flashes walked away with a 12-6 victory thanks to a four RBI day from then-freshman designated-hitter, Brad Hamilton.

Wednesday’s visit from the Penguins differed in the way the Flashes were able to move base-runners, but the one facet of the game that stayed the same was the sloppy play.

Three errors for Kent State against Youngstown State put the Flashes at nine errors overall in their last three games going back to Sunday’s double-header against Toledo.

Sloppy play normally spells doom for teams, especially nine errors in three games. But despite a boat-load of errors and walks, the Flashes were able to find themselves in a competitive ballgame on Wednesday.

On the mound for Kent State was freshman , for a three-game set against Eastern Michigan.

Zach Harley is a sports reporter for The Kent Stater. Contact him at [email protected]