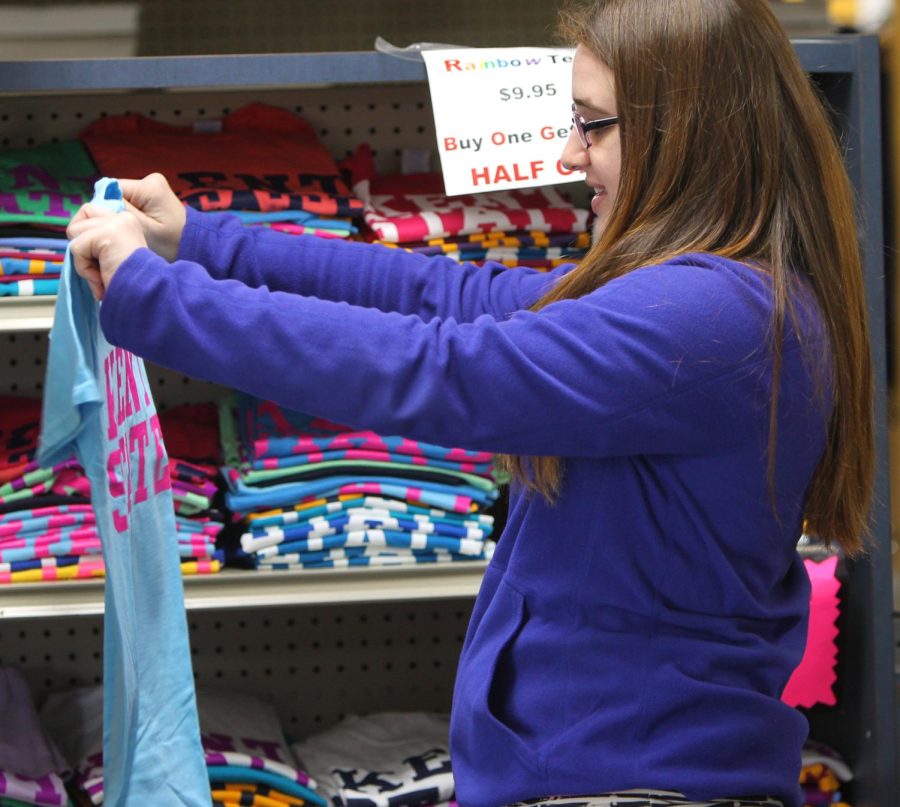 Kent State’s student chapter of the United Students Against Sweatshops (USAS) has been working with the university to affiliate with Workers Rights Consortium (WRC). The consortium monitors labor rights and conditions at factories for their affiliates.

WRC will monitor all consumer goods licensed through Kent State. Anything sold with a Kent State logo, no matter who the retailer is, will be checked through their monitoring process.

“(WRC) is a third-party group that can oversee where the university goods are made,” Nelson said. “They will go and see what is in our bookstore, go to factories and talk with workers.”

Nelson said that USAS is putting its money where its mouth is by pushing for the university’s affiliation with WRC. USAS is a non-hierarchal organization, with every member having their own unique role.

“We’re supported through the national USAS, but not working with them, Nelson said. “(There are) other chapters affiliated with WRC, if not most.”

Little, who met directly with Nelson and other members of the USAS, enjoyed working with the students to move toward an affiliation.

“It’s a good example of how we can work together,” Little said. “Carly and USAS were very patient with what seemed like a long, administrative process.”

Kent State uses a Vendor Code of Conduct to oversee its current vendors of licensed goods. The pending affiliation with WRC will redraw the code, which focuses on fair wages, worker’s rights and working conditions, Little said. Little is working on drawing up a letter to WRC for affiliation.

“The university writes a letter of its intent to affiliate,” Little said. “(The affiliation) is really an oversight of the Vendor Code of Conduct and typically oversees apparel.”

WRC will charge the university 1 percent of the previous year’s licensing revenue, Little said. The contracts with WRC will be yearly.

A sample Vendor Code of Conduct can be found on WRC’s website.

“There is a huge market of these products and USAS and WRC capitalized with it,” Little said.

The process of affiliation with WRC is not a complicated process, Little said. She hopes the university could solidify the affiliation by this summer.

Karl Schneider is an administrative reporter for The Kent Stater. Contact him at [email protected]