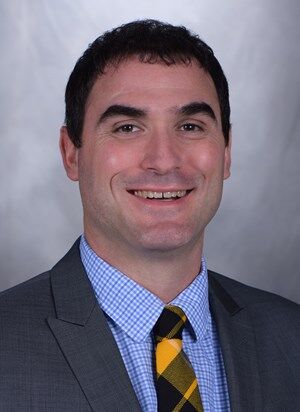 Tom Kaufman was hired as the team's defensive coordinator in January of 2018.

Kaufman was also the associate head coach and inside linebackers coach.

Cornerbacks coach C.J. Cox will serve as the interim defensive coordinator for the reminder of the season.

Cox was hired in March of 2021 after spending his previous three seasons as the cornerbacks coach at Montana.

Kaufman was hired in January of 2018, the month after head coach Sean Lewis took over. He had spent the previous season as the defensive coordinator for Chattanooga.

Kaufman had several stints with Lewis in the past. They coached together at Eastern Illinois for the 2012 and 2013 seasons before spending the next two seasons in Bowling Green. They spent the 2016 season on the Syracuse coaching staff.

KSU is fifth in the FBS in turnovers with 20 and tied for fourth in interceptions with 13.

But the Flashes have only one interception and three total turnovers in the last four games.

With two weeks left in the season Kent State (4-2 MAC, 5-5 overall) is tied for first place in the MAC East with Miami, who it faces in the season finale at Dix Stadium on Nov. 27.