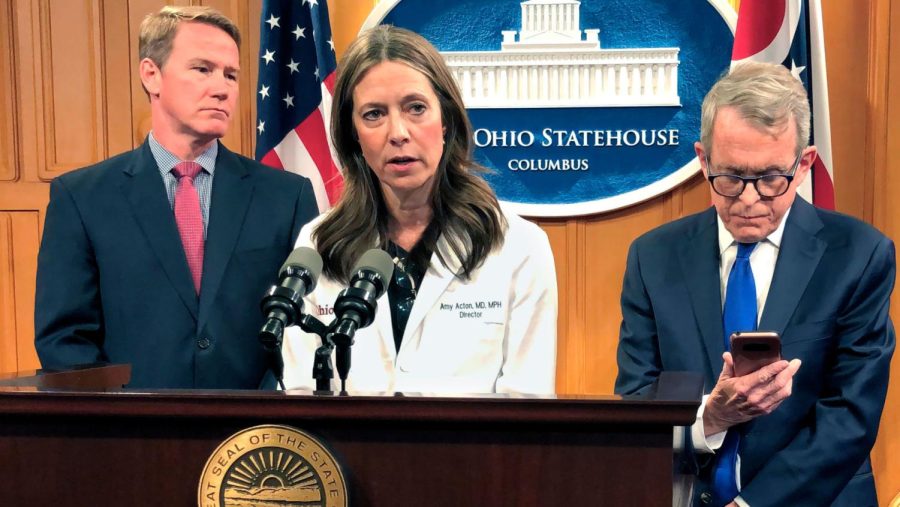 COLUMBUS, Ohio (AP) — Dr. Amy Acton, the former state health director who became the face of Ohio’s early pandemic response, has stepped down from her nonprofit position to “carefully explore” running as a Democrat for the U.S. Senate, she said Thursday.

Acton would be vying for a coveted open seat being vacated by Republican U.S. Sen. Rob Portman, who cited divisive national politics in a decision not to seek reelection next year.

“Many Ohioans have shared with me their concerns and the daily challenges they face,” she said in a statement. “They have expressed a need for a new approach that can help them, and their communities thrive. I am humbled by the outpouring of interest and support. For that reason, I am stepping down from my role at The Columbus Foundation in order to carefully consider how I can best be of service at this crucial time.”

Acton’s leadership working with DeWine in the state’s response to the COVID-19 pandemic made her something of a folk hero and role model for Ohio girls.

She also faced intense backlash over the restrictive health orders she signed, including having armed protesters show up outside her suburban home, and resigned in June. But Democratic insiders say she polls well as a possible statewide contender.

Portman’s surprise announcement Jan. 25 that he wouldn’t seek a third term has triggered a frenzy among potential contenders — both Democratic and Republican — for what could have been a tough race for against a well-funded GOP incumbent. A dozen or so Ohio politicians have already expressed interest in the 2022 senate race, and some Democrats are advocating for the party to field a candidate who is a person of color, a woman or both.

Some influential Democrats are urging Acton to run even as early momentum appears to be building for the candidacy of veteran U.S. Rep. Tim Ryan, who represents Ohio’s blue-collar Steel Valley. Former Democratic Gov. Ted Strickland is solidly behind Ryan and Hillary Clinton, the party’s 2016 presidential nominee, has also signaled her support for him on Twitter.

Several other members of Congress besides Ryan, some current and past state elected officials, other legislative leaders and party leaders on both sides also are mulling runs.

Acton’s political experience is limited, and involves volunteering for former President Barack Obama’s 2008 Democratic primary campaign in Ohio. She is viewed as a potentially strong fundraiser in a race against an expected well-funded Republican candidate.