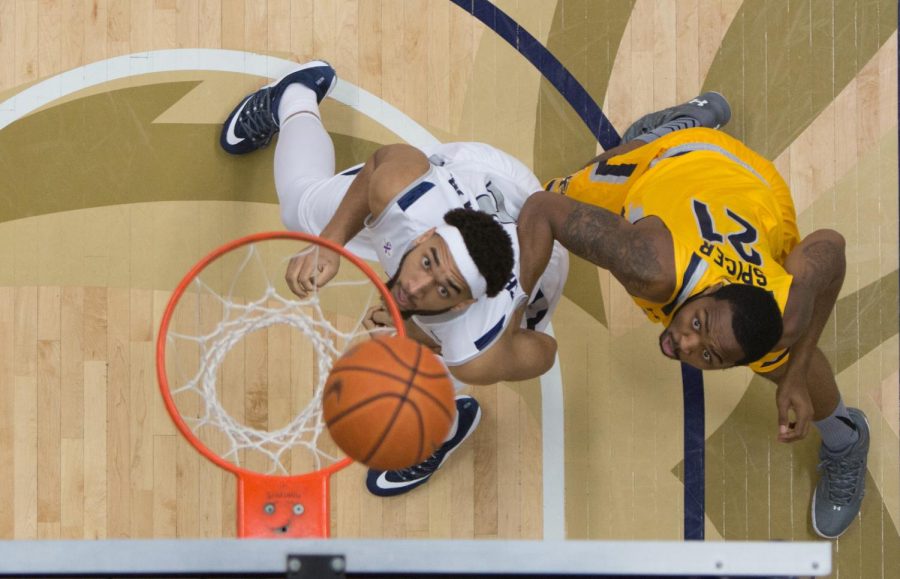 The fifth-seeded Flashes will battle the 12th-seeded Falcons for the rights to play Central Michigan University at Quicken Loans Arena in downtown Cleveland.

Kent State is coming off a loss at archrival University of Akron, in which redshirt junior forward Jimmy Hall scored 20 points and dominated the boards with 17 rebounds.

That performance helped Hall earn MAC East Player of the Week. Hall shot 66.7 percent from the field, including one-of-one from deep, in the last two games of the season. One of those games was a win over Kent State’s first round opponent, in which Hall scored 22 points, adding nine rebounds.

Kent State is a perfect 2-for-2 against the Falcons this year, with their last loss coming last year in early January by two points.

Hall has had great success against the Falcons this season, averaging 24.0 points in both contests with 12.5 rebounds.

Guard play has also been a key in the Flashes’ victories against Bowling Green. Redshirt senior guard Xavier Pollard scored 12 points with two three’s in their first matchup Jan. 23.

The Flashes have also been aided this year by senior center Khaliq Spicer’s team-leading 52 blocks. Spicer averages 7.5 points and 6.1 rebounds per game.

The Flashes round out their starting lineup with redshirt junior guards Kellen Thomas and Deon Edwin. Thomas has taken over as the team’s leading scorer and distributer in the back court with Pollard out at 12.2 points and 2.5 assists per game, respectively.

Meanwhile, Edwin is tied for second with Cancer, behind Pollard, shooting 36.1 percent from three.

Kent State also heavily relies on bench play from senior forward Chris Ortiz and freshman guard Jaylin Walker. Ortiz does some of the dirty work for the team and averages 5.3 rebounds, third on the team. Walker is the leading scorer off the Flashes’ bench, with eight points per game.

Kent State will go for the season sweep of Bowling Green Monday at 7 p.m. in the M.A.C. Center.