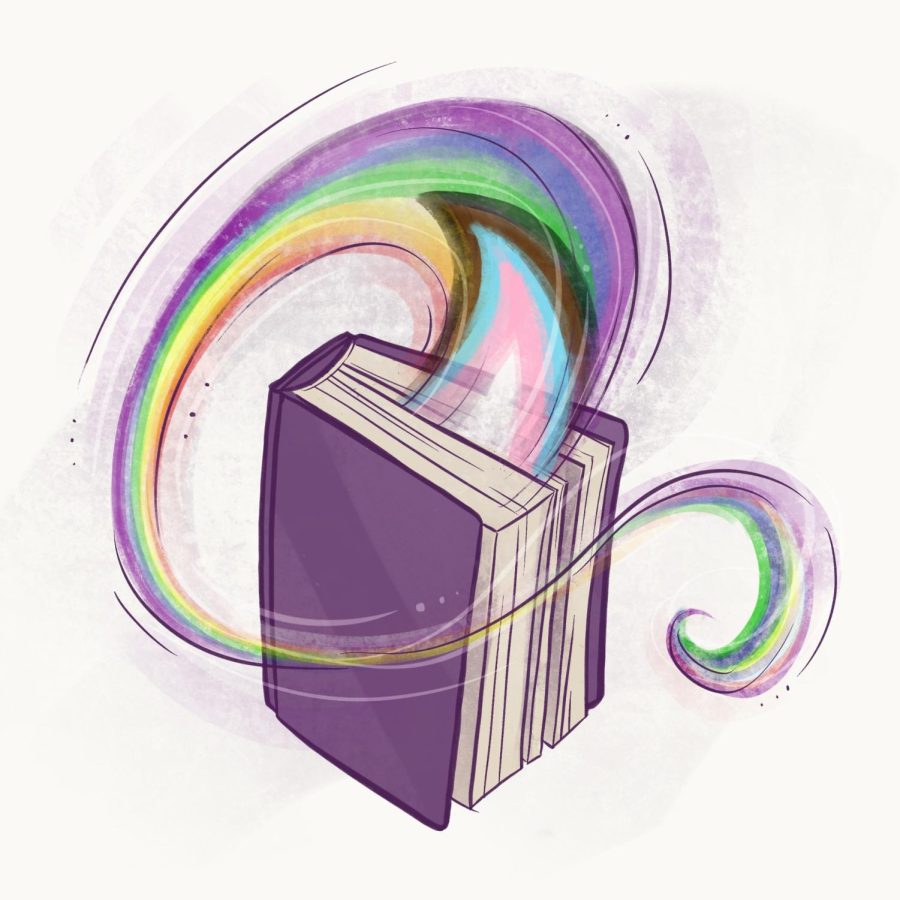 As an advocate for transgender rights, Lemay has published op-eds in The Boston Globe and appeared on TV and radio. However, her first experience with the limelight occurred when a letter addressed to her son Jacob went viral on the internet in 2015.

Lemay’s latest work chronicles the continuation of that first letter to Jacob as their family learns and grows together, but it also illustrates the parallels between her upbringing and that of her son’s. In her memoir, she opens up about her family’s challenges, their joys, and their worries for the world to see. The book, called “What We Will Become: A Mother, a Son, and a Journey of Transformation,” sheds light on the winding road that is figuring out how to handle a transgender child, one as young as Jacob was.

Lemay was raised in an ultra orthodox household by her single mother and brother until, at the age of 16, she decided to move to England and attend the Gateshead Seminary. At 20, she faced the prospect (and swift dissolution) of an arranged marriage and began to question her religious community as it related to her gender. Ultimately, she chose to leave her community behind to pursue personal freedom and transferred to Boston University to continue her studies. Soon after, she married her current partner Joe, who was raised in the Catholic faith. Then, by the time Mimi was entering her 30’s, they had welcomed three girls into the world, or so they thought.

When Jacob was only two and a half years old, he was persistent in knowing that he was not a she, but he. Lemay says that the statistics about the mistreatment of transgender people, and a lack of available knowledge about transgender people, left her and her husband scared to face the truth. But as Jacob grew over the next year, they knew that Jacob’s sadness and anger over the situation was not a phase.

She says, “We could see that our child was not happy. This was not the terrible threes (because we all know they’re worse than the two’s). This was different than a phase he might go through.”

And after giving into the idea more and more that Jacob might have been a boy, not just playing pretend, the final straw came down to break the camel’s back when an almost-accident with Jacob in the backseat of the car made Mimi think about the consequences of losing her child that day, and him living unhappily, without ever getting the chance to come into his true self.

That’s when Mimi and Joe showed Jacob a video of 5-year-old Ryland Whittington, a transgender child from San Diego, California, coming into his own as his parents also realized their young child was transgender. After seeing another kid like him thriving, Jacob learned he could be himself at home and school, not one or the other. And so the family’s journey of transitioning Jacob began.

Now nine years old, Jacob and his mom Mimi have both gone to great lengths to advocate for transgender youth. Mimi is one of the Human Right’s Campaign Foundation Parents for Transgender Equality Council members and frequently meets with elected officials to share the story of their family in the hopes of reaching the hearts and minds of many.

Jacob and Mimi’s advocacy reached Kent State University through the work of diversity directors here on Kent State’s campus, spreading the word about last Tuesday’s virtual event, but the real work is only beginning. Education about transgender issues seems to be paramount to solving the problems because if people don’t know how to approach the topic, how can they help?

So what are some of the barriers facing transgender youth? Professor Lauren Vachon of Kent Sate’s Gender Studies department says that access to healthcare for transgender or gender non-conforming youth can be tricky. Between the lack of training and education about transgender healthcare, the stigma around being transgender and the fear associated with transgender-related topics on all sides can sometimes halt the motivation for incorporating healthcare into transgender people’s treatment options.

The ways of gathering information on treatment options in the transgender community vary as well. For some, just knowing someone else who is transgender can make all the difference in finding doctors who are well-trained and willing to help. And for parents of transgender kids, finding help in online communities and communicating about who to go to can mean the difference between life and death. This is because there are alarming rates of violence towards transgender people and suicidality in the community that worry parents and healthcare providers.

Lemay says that data like this is what scared her most about her son’s transition and what held her and her husband back on supporting it outside the confines of their home; a safe space for expression that lead to Jacob almost leading a double life.

The transition process options are also somewhat limited for children, and for most health providers willing to offer these treatments, they act with an abundance of caution. Vachon says that the options for mostly young transgender patients include mental health therapies, temporary puberty-blocking medications with little to no side effects, and then later consideration of more permanent therapies, including hormone treatments and gender-affirming surgeries. Vachon explains, “It’s not an intervention that carries a lot of risks, so most trans kids tend to start there.

If they’re lucky enough to have healthcare and families that will allow them to even participate in [gender-affirming] healthcare, often that’s the starting point. It’s just like, let’s delay puberty, and that buys everyone some time to make some more decisions.”

There are different challenges for transgender kids compared to adults, too. Gaining support and validation from parents and doctors, for example, can be even more frightening for kids who still rely on their parents for meeting their basic needs. Another challenge lies outside the home:

Having to come out to friends and family, going to school, and facing (at best) unsupportive teachers and peers, and at worst severe bullying: From kids and adults alike.

To find more information on how to help LGBTQ+ youth, you can visit websites for organizations like the Trevor Project, Human Rights Campaign, PFLAG, and GLISTEN. To view some of the legislation facing transgender people in the US, you can visit this link from the ACLU.