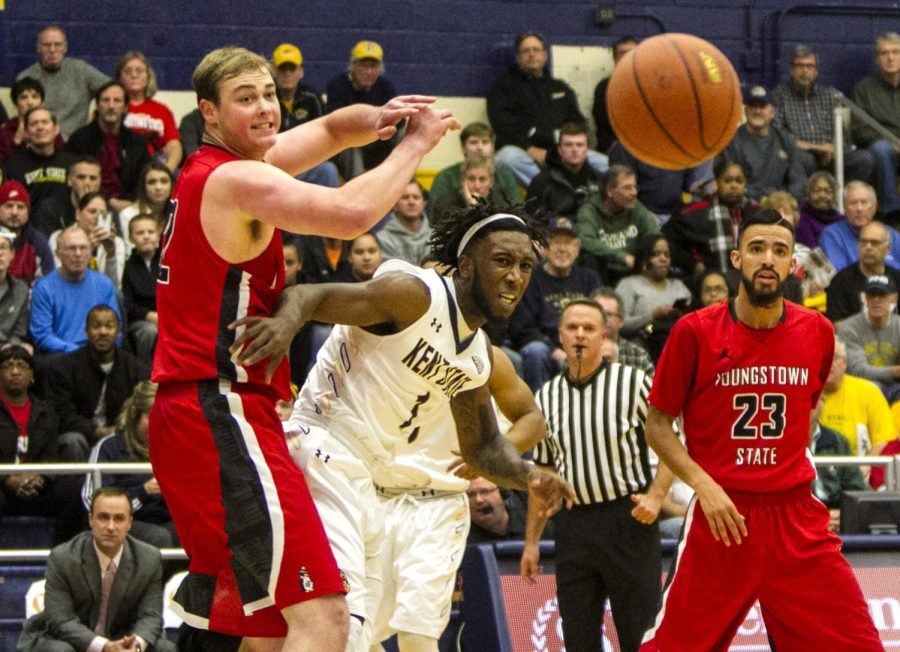 Kent State senior guard Xavier Pollard fights with Youngstown defenders for the loose ball during the Kent State vs Youngstown game on Nov. 14, 2015. The Golden Flashes won 79-70 to take their home opener.

After leaving midway through the first half of Friday’s game against Ohio University, x-rays confirm senior guard Xavier Pollard fractured his foot and will not be traveling to Central Michigan for Tuesday’s game, according to reporting by the Record-Courier.

Pollard will undergo surgery Tuesday afternoon, which will keep him out for the remainder of the season.

This is one of two injuries that are threatening the Kent State men’s basketball season as freshman guard Jaylin Walker also injured his foot during practice last week, according to reporting by the Cleveland Plain Dealer.