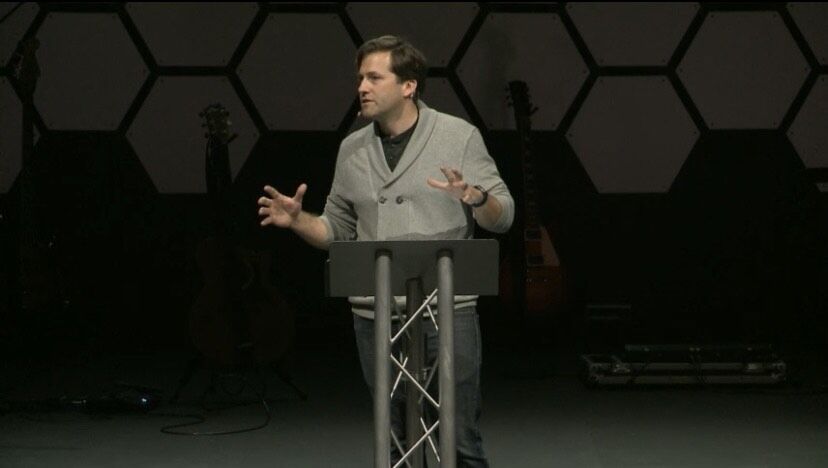 Editor’s note: This is the second of a five-part series that looks at how local places of worship are handling the pandemic. Part one, part three and part four can be found here.

“How do we start looking forward and somehow start playing offense?” said the associate pastor of Redemption Chapel Austin McCann, when discussing their plans to tackle COVID-19. Redemption Chapel was one of the first churches in Kent to reopen its doors since the statewide lockdown and it has remained open since.

When the statewide lockdown went into effect in March 2020, Redemption Chapel was one of the many religious places of worship that provided a livestreamed service for its members. Although these weekly livestreamed services benefitted many people, Dena Marshall and other members of Redemption Chapel felt their young children wouldn’t feel as connected.

“My youngest was two at the time and his attention span in front of a screen is like a minute,” Marshall said.

With this in mind, Redemption provided a mid-week virtual experience called “The Kid Zone Show.” The show was held on Facebook Live and gave children the opportunity to learn about biblical stories through a host and his puppet friend.

“It was pretty much the highlight of our week because it was interactive,” Marshall said. “We could message in our answers and questions and the host of ‘The Kid Zone Show’ would read out their answers.”

After two months of being virtual, Redemption decided to open their expansion for Sunday services in June. Although it was originally meant to be unveiled after construction was completed in March 2020, the Redemption Chapel’s building extension eventually gave the church more space for in-person services.

McCann said other churches thought they were crazy. “Pandemic or not, we feel like it’s our calling to give people a place to worship,” said McCann.

The decrease in in-person attendance paired with masks made it easy for their congregation to practice safe worshipping, McCann said. Although the church is open and offering in-person services, Sunday school was not offered in-person for several more months.

Claire Sibonney from Today’s Parent said children have a hard time understanding the concept of social distancing. Because of this, Redemption Chapel’s pastoral team decided to pause the service to promote safety. After two months of in-person services, the pastoral team resumed Sunday school for the children in August of this past year.

McCann said the pastoral team has worked to provide options for their members. “Our church is pretty 50/50,” said McCann. “We’re constantly trying to find a balance of how we help both groups have a place to worship.”

McCann said the church has been aggressive from the beginning because he and his team believe there is no substitute for in-person worship. McCann and Marshall said they feel getting people back into the church will be a challenge since the world has been virtual for so long.

“Re-training ourselves to be around people is actually going to be really hard,” said Marshall.

McCann also discussed the importance of the in-person community. He said that they will promote and encourage virtual communities until every member feels safe enough to join in-person.

“We’re constantly having to find ways to remind our people that you still have to have community in some way,” said McCann. “It’s different and harder now, but don’t give up on it.”