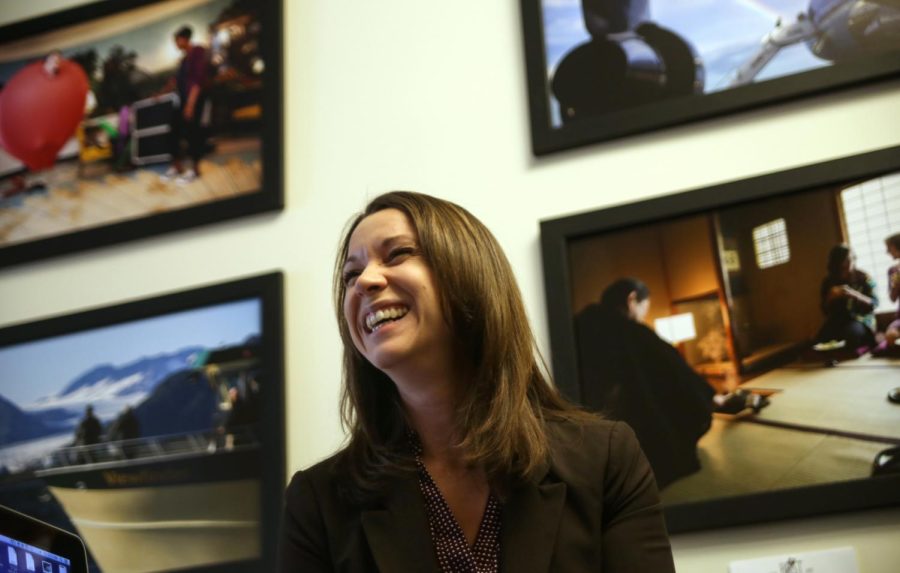 White House photographer, Amanda Lucido smiles as she works inside her office at the Eisenhower Executive Office Building on Friday, Feb. 19, 2016.

Photojournalism students at Kent State took to the road to meet the director of the White House photography office. They left Kent State on Thursday, Feb. 18 for a two-day excursion into the country’s capital.

The students visited monuments and memorials, browsed the Pulitzer-winning photographs at the Newseum and honed their photography skills walking the downtown streets.

On Friday morning, the students lined up outside the visitor’s entrance of the White House, anxious to meet well-known photographer Pete Souza. Souza documents the life of the president and the first family with a small staff of photographers.

Souza originally photographed Barack Obama in Chicago, before Obama held the highest office in American politics. Souza gained Obama’s trust during that time and also while covering the 2008 election run, Souza said. Souza and his staff will be leaving in January, when a new president is sworn into office.

While in Washington D.C., the photojournalism majors also visited the Newseum, a museum dedicated to the history of news. The Newseum features First Amendment displays, a station dedicated to the 9/11 terrorism attacks and sections of the Berlin Wall.

Karl Schneider is the administrative reporter for the Kent Stater. For more information contact him at [email protected]